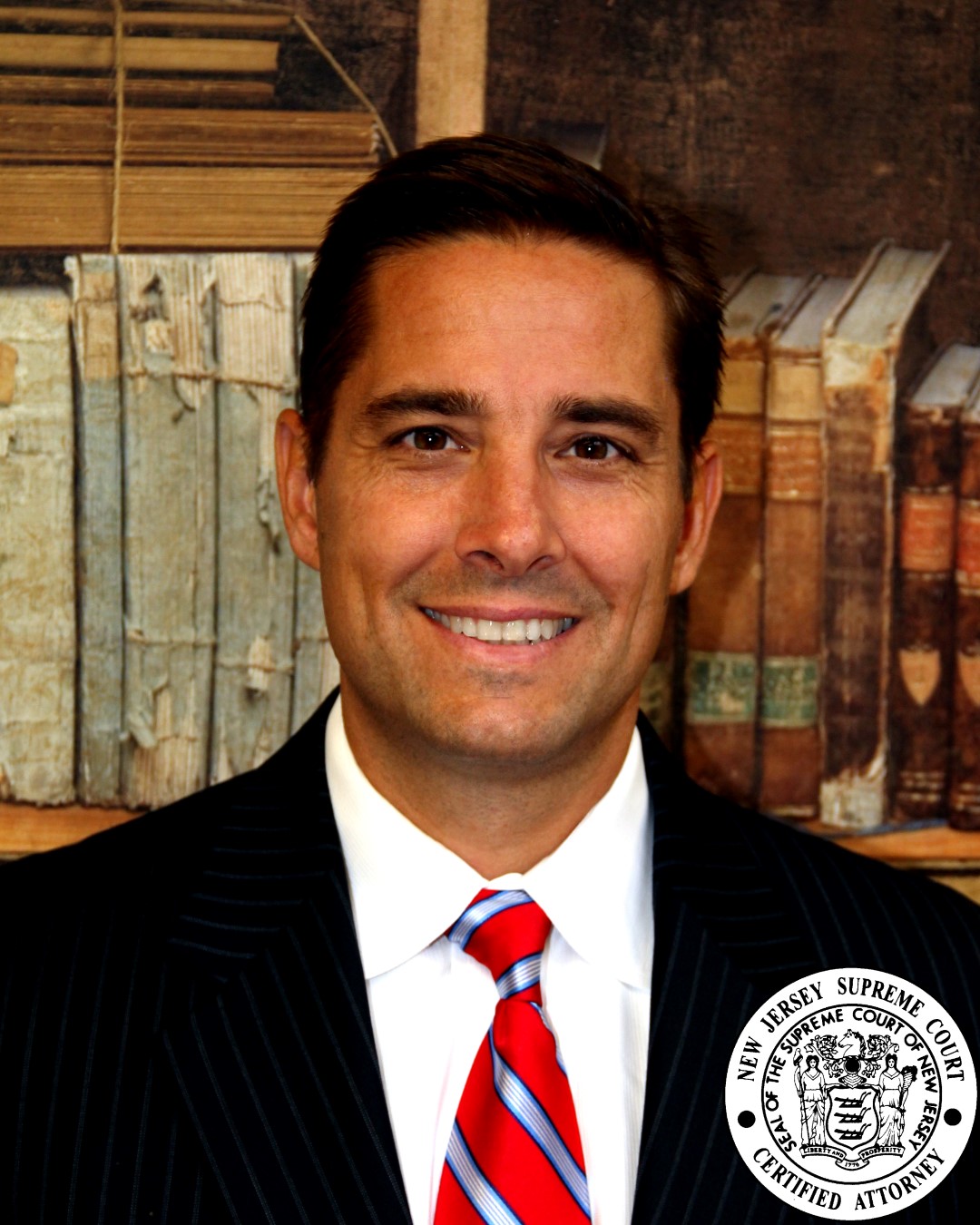 Gerald has served as counsel on a number of state and national class action matters. He played a key role in bringing about the settlement of an unprecedented consumer fraud class action lawsuit against Cooper Tire & Rubber Company, a settlement valued at 1-3 billion dollars to consumers. He also played a pivotal role in the certification of a class of property owners damaged by massive groundwater contamination from the Ciba-Geigy plant in Toms River, New Jersey. He serves on the Plaintiff MDL Steering Committee for In re: Dollar General Corp. Motor Oil Marketing and Sales Practices Litigation pending in the Federal District Court for the Western District of Missouri.

Gerald has successfully handled numerous catastrophic loss and wrongful death cases on behalf of trauma victims and their families.  Gerald and his firm represent deserving clients on a contingency basis. This way many people who otherwise could not afford an attorney can get legal services and justice. When safety rules are broken, the public is endangered. Clark believes that by standing up for people whose lives are turned upside down because of safety rule violations, and holding wrongdoers accountable (who are usually covered by insurance), the community as a whole is made safer.

Gerald has been instrumental in shaping New Jersey construction injury law. He succeeded in prosecuting the strategic appeal in Costa v. Gaccione, 408 N.J.Super. 362 (App. Div. 2009) for the purpose of lessening the harmful impact of prior caselaw harmful to workers. Gerald H. Clark, “Loosening the Slack on Slack”, 198 N.J. Law Journal 274 (2009)(discussing the import of the Costa decision on Slack). In Fernandes v. DAR Development Corp., 222 N.J. 390 (2015) Clark successfully convinced the Supreme Court to make it harder for contractors to blame workers for their own construction project injuries.

In 2006, Mr. Clark was listed in the New Jersey Law Journal’s “40 Under 40” feature which acknowledges 40 New Jersey lawyers under 40 years of age who have distinguished themselves in the practice of law.  From 2006-2012 he was named a “Rising Stars Super Lawyer” in New Jersey Monthly magazine in the personal injury insurance recovery field. He has been named a “Super Lawyer” by Thompson Reuters every year since 2013.  He has also been named a “Top 100 Trial Lawyer” by the National Trial Lawyers Association and in 2015 a “Top 100 Litigation Lawyer in the State of New Jersey” by the American Society of Legal Advocates. Every year he receives numerous similar accolades from various professional organizations.

Gerald has been able to overcome tactics by insurance company lawyers that distort the truth. With the help of highly accomplished trial teams at Clark Law Firm, Gerald has achieved many substantial verdicts and settlements for deserving clients. This victories have worked to make the community safer and more fair for regular people. His first jury trial as a new lawyer was a $120,000 verdict in an auto case where State Farm Insurance Company claimed the plaintiff was a fraud. Several months later his second jury verdict was $805,000 for burn injuries caused by the negligent installation of kitchen appliances where the insurance company never offered more than $50,000. Other examples of his verdicts and settlements include:

• $2.520 million dollar settlement in a case involving a fall from a ladder at a trade show. The worker had been represented by another large personal injury law firm for nearly two years before they told him he had no case and they could do nothing for him. The workers compensation carrier (Liberty Mutual) also concluded there could be no recovery and abandoned its subrogation rights.

• $1.2 million jury trial award for a plumber who suffered a fracture pelvis when an OSHA non-compliant trench collapsed on him. Clark rejected a $500,000 offer from the insurance carrier in the middle of trial, against the trial judge’s recommendation. The insurance carrier for the contractor appealed the matter to the Appellate Division and Supreme Court where Clark prevailed in establishing new law making it harder for corporations to blame the worker.

• $2.780 million recovery against billion dollar gas company for woman injured in a natural gas explosion at her house.

• $3,000,000 jury verdict for construction worker who stumbled in a hole on a job site. The insurance never offered more than $100,000 to settle. The doctor hired by the defense testified the plaintiff suffered only sprains and strains. Clark and his team successfully fought the insurance carrier’s appeal and recovered the funds.

• $750,000 product liability settlement against airplane manufacturer for pilot who injured back in emergency crash landing.

• $6.250 construction injury settlement for two industrial painters that fell from a transmission tower. The paint had zinc in it. A stream hit a live wire, sending 26kv up the stream back to one of the painters. He was killed, fell and hit the other on the way down. Through vigorous discovery and hard fought litigation, Clark was able to uncover withheld documents to demonstrate electrical safety and fall protection rules were disregarded on the project.

• $2.579 million jury verdict for Turnpike project worker who was backed over by a pickup truck driven by his boss. The defense tactic at trial was to drown the jury in paper and confuse them away from seeing the systematic disregard for OSHA and other highway work zone safety rules on this $40 million job. Clark and his safety experts said the truck should have had a backup alarm. You can buy them on Amazon for $30. The defense spent much of the four week trial offering excuses, including that it would have been too onerous. As to damages they also hired several doctors to support a claim the worker was a liar, cheat and fraud that was exaggerating his injures. They showed the jury surveillance video of the plaintiff as proof he was faking it. At several points in the trial the defense jury consultant said there was no chance the plaintiff would win. Defense representatives continually belittled the plaintiff and his claims. Clark ultimately recovered more than $3 million for this very deserving worker.

• $2 million insurance policy limits settlement for Estate of a young worker who fell from a forklift on a job.

• $3.5 million settlement for worker who fell from roof on large Pennsylvania construction project.

See our Verdicts and Settlements page for more examples and details.

Numerous courts have also made favorable comments about Gerald Clark and the Clark Law Firm.1 For example, in the Estate of Mendonca, Clark was successful in having the insurance company pay out the total insurance proceeds a second time after showing the decedent had a child but the insurance company had already paid the total proceeds to his parents. The Court noted Clark did, “exceptional work in obtaining a second settlement from the insurer… ‘Counsel achieved a tremendous result.’ He did. It was clever lawyering, and he did an excellent job.” Estate of Mendonca v. DaSilva, 2013 N.J.Super. Lexis 395, 3-5 (App.Div. 2013). In representing the Estate of a young man who died in a home gas explosion, the Court commented, “[T]his was a highly complex matter with numerous issues…the results obtained were excellent. Counsel for the plaintiffs have an excellent reputation and handled this case with exceptional skill.” Estate of Lowen v. Southern Gas Company, UNN-L-1292-17, Hrg. Trans. (N.J. Superior Court, Dec. 11, 2017) Commenting on the resolution of a matter involving two painters who fell from an electrical transmission tower, a Middlesex County Superior Court judge commented, “”[T]here’s no doubt you did a tremendous job for your clients in this case…it was contentious. There [was a lot of] motion practice, to say the least, a lot of different issues that you had to flesh out in this case.” Estate of DsSouza v. PSE&G, MID-L-6155-14, Hrg. Trans. (N.J. Superior Court, Mar. 2, 2018) Another Superior Court judge noted, “Mr. Clark is a highly skilled and competent plaintiff’s trial lawyer, and he doesn’t let things fall through the cracks. I know him.” Roll v. Accent Construction, Inc., MID-L-1962-15 Hrg. Trans. (N.J. Superior Court, September 29, 2017)

Professional Associations (Past and Present):