Close Menu
"You focus on healing, we'll focus
on protecting your legal rights...
and we'll make the community a
lot safer in the process."

Gerald Clark has been certified
by the Supreme Court of
New Jersey as a Civil Attorney,
a professional distinction
held by less than 3% of
New Jersey attorneys.
"Injury trials are about
telling right from wrong.
Community safety depends
upon jurors getting the
answer right."
We are here for you
and your loved ones.

Contact the
Clark Law Firm, P.C.
today to see if we can help

read more
"Jury trials are a
constitutional right. They are
a vital check on government,
insurance company, and
business power."
"...a proven track record
of success and an
unwavering commitment
to the cause of
his clients."

Gerald H. Clark, Esq. is an accomplished trial attorney and the principal of the Clark Law Firm, PC, a prominent personal injury firm. The practice serves the entire state of New Jersey and New York, with local law offices in Belmar, Newark, Rutherford, and Surf City. While we only accept a small number of select cases with strong facts, we screen many cases each year and put significant resources and dedication to each matter that we accept.

Gerald Clark and his team of hand picked professionals have obtained some of the largest verdicts and settlements in the State of New Jersey.   Clark is known for achieving million dollar results in difficult matters where others concluded there could be no recovery.  In one case that was passed over by a large personal injury law firm, Clark tried the case to verdict and recovered $1.2 million for a deserving worker that was injured when a trench collapsed on him.  The insurance company appealed the case to the Supreme Court  where Clark prevailed in establishing new law making it harder for contractors that disregard safety rules from blaming the injured worker.

In another injury case Clark achieved a $2.520 million recovery for a deserving worker who fell from a ladder.  A Superior Court Judge reviewing the matter wrote, that because of  his “zealous advocacy,” Clark obtained “a substantial recovery for an injured worker where another large personal injury law firm and major insurance carrier concluded there was no third party liability.” *

The Clark Law Firm team are known for standing up for people who have been injured and mistreated by large corporations and insurance companies.   For example, on behalf of an injured worker, the firm filed a lawsuit against a multi national billion dollar engineering corporation alleging it mismanaged safety on a Turnpike construction project.  A large law firm for the company sent Clark a threat letter claiming the case was frivolous and demanded it be withdrawn, or they would seek sanctions against Clark and the injured worker.  Clark and his team did not back down.   They comforted and reassured the distressed worker and his family.  This top NJ personal injury law firm battled these powerful forces for over four years.  They successfully fought off several motions to have the case thrown out of court.  Clark and his team went on to prove at trial the company mismanaged safety on the project, achieved a $2.579 million jury verdict, and ultimately recovered over $3 million for the deserving worker.

In another case Clark Law Firm achieved a nearly $3 million jury verdict in a matter where the insurance company never offered more than $150,000 to settle.  Clark and his team fought off the appeal and ultimately recovered the jury award for this deserving worker.

Through individual victories we are able to change dangerous behavior in the world, one case at a time.

Numerous Judges have commented on Clark’s ability and achievements.*  One judge commented on Clark’s work on a case as “over and above and beyond” the call of duty and “tremendous.” State v. Harris, FO-1358202B (N.J. Superior Court, Oct. 2, 2002).   In a wrongful death case a judge commented Clark did, “exceptional work…‘Counsel achieved a tremendous result.’ He did. It was clever lawyering, and he did an excellent job.” Estate of Mendonca v. DaSilva, 2013 N.J.Super. Lexis 395, 3-5 (App.Div. 2013).   A judge on a house explosion case commented, “[T]his was a highly complex matter with numerous issues…the results obtained were excellent. Counsel for the plaintiffs have an excellent reputation and handled this case with exceptional skill.” Estate of Lowen v. Southern Gas Company, UNN-L-1292-17, Hrg. Trans. (N.J. Superior Court, Dec. 11, 2017)  A judge overseeing the resolution of a case involving two painters who were injured said, ”[T]here’s no doubt you did a tremendous job for your clients in this case…” Estate of DsSouza v. PSE&G, MID-L-6155-14, Hrg. Trans. (N.J. Superior Court, Mar. 2, 2018) Another Superior Court judge noted, “Mr. Clark is a highly skilled and competent plaintiff’s trial lawyer…” Roll v. Accent Construction, Inc., MID-L-1962-15 Hrg. Trans. (N.J. Superior Court, September 29, 2017)

The skilled personal injury lawyers of the Clark Law Firm are community-oriented, client-focused and multilingual, with fluency in Spanish and Portuguese. In 2006 Gerald Clark was named in the New Jersey Law Journal‘s “40 Under 40” feature which acknowledges 40 distinguished New Jersey lawyers under the age of 40. Clark has also been designated a “Super Lawyer” by Thompson Reuters every year since 2013.  He has also been named a “Top 100 Trial Lawyer” by the National Trial Lawyers Association and a “Top 100 Litigation Lawyer in the State of New Jersey” by the American Society of Legal Advocates.

*These comments, made by a judge in a particular case, is not an endorsement of the attorney’s legal skill or ability.

I had a lot of faith in the Clark Law Firm; I was very comfortable. I let Clark Law Firm and do everything they needed to get my case settled. I didn’t even have to go to court. I didn’t have to go back and forth; just a few phone calls and visits to the office. I am happy with the settlement. No amount of money can replace certain things, but the Clark Law Firm did their best to make me whole again.— Eileen Y.

My son who was under age at the time was in a accident and was injured. I had the pleasure of working with Attorney Stephanie Tolnai. I can say after going through my own accident case with another Lawyer, Stephanie at Clark Law Firm is top notch. She was attentive and professional but also personal and cared about my son and his injuries. All emails were answered promptly and all calls and messages were answered. All questions and concerns were addressed also with such professionalism. Even during this Covid...— Laura B. 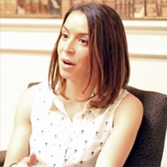 [My experience with the Clark Law Firm] was very good. I was treated very respectfully, and they took my case seriously. I felt they wanted to get the best [result] for me. It was very positive – they felt like friends to me. They called me for any question they had, and I was able to call them multiple times for any silly question I would have. What I love about the Clark law firm is that they have multiple locations, and everyone is friendly. Instead of driving to Belmar,...— Samantha T.

Gerald Clark is not only an amazing attorney, he is also an honest, caring, and compassionate person. He represented my family and many of my friends from the Latino Community in cases involving cars and work related accidents and he always went above and beyond to help them, even learning their languages (He speaks Portuguese very well). He is very dedicated to his work and his cases, you couldn’t ask for a better attorney. I highly recommend him to my clients, friends and family.— Gio S. 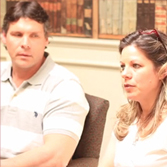 [My case was] very stressful – but the upside is when I needed a question answered or I was upset about something, The Clark Law Firm was always there when I called or emailed. We were treated really well. When I called or needed something, Tania the paralegal made sure I was OK and my questions were answered so I was satisfied. It was definitely a positive experience – all the meetings we had at the Newark office or on the phone, they were always there. In the end, the...— Tracy and Scott R.

Clark Law firm was absolutely amazing from start to finish. Every person I came in contact with/spoke to was polite and helpful. I had the pleasure of working with Stephanie Tolnai throughout my case. She took such a stressful situation and made everything an easy process. She was along my side the whole way and was open with communication, even if this meant answering my emails of silly questions after hours. She went to bat for me, put up one hell of a fight and in the end she...— Sharon Pagan – verified Google review

Gerry Clark and his team provided me with outstanding legal representation, as they fought for me against a large corporation. Gerry readily accepted my case when another attorney claimed it would be impossible for me to win against a large corporation. Gerry did not hesitate to accept the challenge of my case, and he reassured me that we would win. His commitment to his clients via his integrity, diligence, knowledge of the law and his persistence establish the Clark Law Firm above the rest. I appreciate the WIN outcome of...— Christopher Renehan – verified Google review

I’m very satisfied with the service that I received from everyone at the office. They treated me with a lot of respect and attention. I’m very thankful for everything they done for me and would highly recommend them to anyone who was looking for a competent and respectful attorneys.— Jose Zuna – verified Google review

The Clark Law Firm did an excellent job on my case. My attorney Mark Morris was fantastic and knowledgeable. Mr. Morris, Flavia, and the team exceeded my expectations. I highly recommend the Clark Law Firm.— Mirane Sena – verified Google review

I recommend Clark Law firm. My husband and I were very satisfied with their professional work in our case. Good translators for Portuguese and Spanish people, the lawyer is an excellent professional and very respectful. If you need a lawyer don’t hesitate to call the office.— Rosa Oliveira – verified Google review

I can’t possibly say enough nice things about this law office and all of their employees. Every single person I came in contact with was so professional, helpful, and kind. They are not just concerned with the case but the people involved. I could not have picked a better place to come to in such a trying time of my life. Thank you for all you did for me, especially Mrs. Tolnai who worked diligently on my case.— Ann Bones – verified Google review

Clark Law firm did a great job for me on my NJ car accident case. The insurance company tried to get me to take much less than my case was worth. My lawyer told me to just keep my head down and focus on my life getting better while they fought hard and prepared the case for trial. Once they knew we were ready and the trial reputation of the law firm the insurance company caved. Great law firm…— Claire Ferraro – verified Google review

I’m very happy with the service, an excellent law firm. Thank you so much Ms. Flavia for the support!— Zumbi Dutra – verified Google review

view more testimonials
Meet Our Team
Our Commitment
To Community 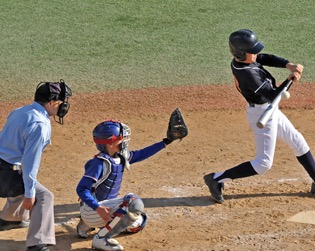 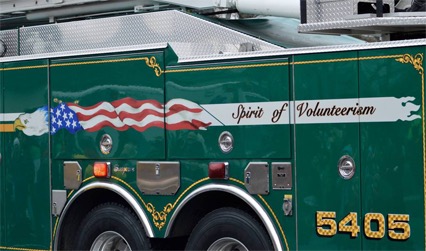 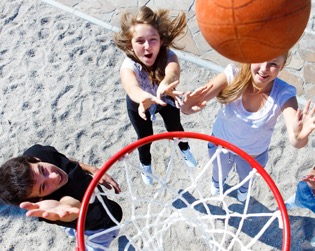 The Clark Law Firm, PC attorneys and staff are also actively involved in various community and charitable organizations. Its attorneys have also taken on assignments for little or no pay representing people in need of various legal services. Its attorneys and staff have fought to preserve open space in New Jersey, have represented indigents and/or have volunteered with various community organizations.

learn about the organizations we support
How Can We Help You? We offer free consultation. No office visit required. We will get back to you within 24 hours. *All Fields Required