The decedent in this electrocution death accident litigation case was a laborer that came in contact with a 34,000-volt transformer as he was salvaging scrap metal.  The plaintiff suffered severe third-degree burns to his body and, ultimately, died from his injuries two weeks later.  It was established during the litigation that the client was electrocuted because the landowner negligently informed him that the electrical substation had been de-energized. 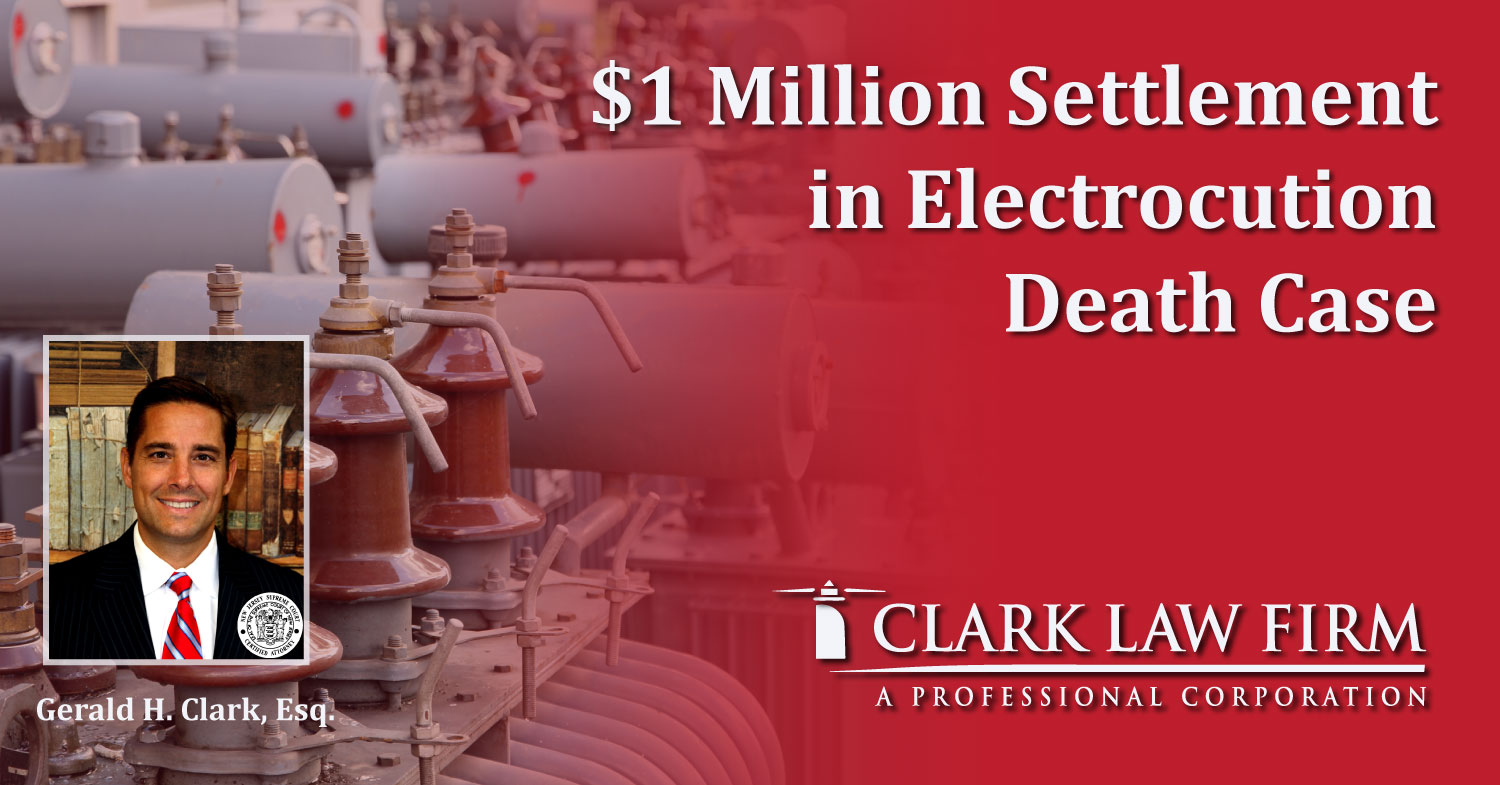 Under New Jersey law, there are two distinct statutory causes of action that arise from the tortuous death of a decedent: a wrongful death action under N.J.S.A. ‘2A:31-1 9 (“Wrongful Death Act”) and a survival action under N.J.S.A. ‘2A:31-1 (“Survival Act”).  A wrongful death action seeks to compensate for the pecuniary loss sustained by the survivors of those killed by the wrongful acts of another.  To establish a wrongful death claim, it must be demonstrated that the death of the person was caused by “the wrongful act, neglect, or default” of another.  See N.J.S.A.’2A31-1.  The Wrongful Death Act contemplates recovery based upon traditional common law notions of negligence and even expands its reach to encompass more novel theories of recovery.  See Skovgaard v. M/V Tungus, 252 F.2d 14, 17 (3rd Cir. 1957).

A survival action remains personal to the decedent and preserves to the decedent’s estate any personal cause of action that the decedent would have had if he or she had survived.  Smith v. Whitaker, 160 N.J. 221, 233 (1990). “The survival action merely perpetuates the right of action which the deceased himself would have had, to redress his own injuries but for his death.”  2 F. Harper & James, ‘24.2 at 1287.  In light of the personal nature of a survival action, damages are limited to pre-death injuries, including pain and suffering, funeral expenses, medical expenses, and any other compensatory damages.  See Smith v. Whitaker, 160 N.J. 221 (1999), Ryan v. Public Service Ry. Co, 103 N.J.L. 145 (1926).   Punitive damages are also recoverable in this context.  See N.J.S.A. ‘2A:15-5.  Like the wrongful death action, the predicate for recovery under a survival action is the “wrongful act, neglect, and default” of another.  See N.J.S.A. ‘2A:31-1.

Although providing distinct remedies, the Wrongful Death and Survival Acts serve the unitary purpose of providing a full and complete remedy for the tortious death of the decedent: The Survival Act was intended to be supplementary to the [Wrongful] Death Act and to afford complete and adequate redress to the estates of those who were injured in person or property by injuries causing death by allowing the decedent’s estate to recover any loss to the decedent that accrued between injury and death. Smith, 160 N.J. at 234.  By virtue of the twin statutory schemes, the wrongful acts and neglect of a defendant are adjudicated in one forum with damages flowing to the respective beneficiaries of the estate in accordance with the command of each independent statute.

As demonstrated hereinafter, Plaintiff was entitled to recover under both the Wrongful Death and Survival Acts by virtue of the landowner’s wrongful acts and neglect.  The landowner was charged with a nondelegable duty to provide a safe workspace for the plaintiff.  To discharge that duty, the landowner had an affirmative obligation to seek out and detect dangerous conditions that were not readily apparent to workers on the property such as the identification of active sources of electricity on the premises prior to the commencement of salvaging operations.  By failing to do so, the landowner became exposed to liability for the resulting injuries and death of the decedent, which include monetary damages for his pain and suffering, medical and funeral expenses, and the loss of a source of financial support to his children.  The landowner’s failure to obtain the necessary permits demonstrates that it acted willfully and wantonly, and thus was also exposed to punitive damages.

Against that backdrop, it becomes readily apparent in the litigation that the landowner had liability for its failure to provide a safe workspace for the plaintiff who was not a trained electrician and used simple tools to break down the metal components of the electrical substation.  As a laborer, the normal and incidental risks posed to him by virtue of his employment include back injuries from lifting heavy objects, cuts using hand tools and equipment, and bruises from falling objects.  See Ryan, supra.  Laborers are not trained electricians that regularly work with electricity and are not expected to come in contact with electricity as part of their normal job function.  As such, death by electrocution cannot be considered “incidental” to the work of a laborer “obvious” so that it constitutes an operational hazard.

A Middlesex County Superior Court judge presided over the settlement of this matter, which resulted in the beneficiaries of the Estate receiving the full proceeds of a $1 million insurance policy, plus a confidential amount of cash from the negligent landowner.