$200,000 for Student Bit By Dog After Lacrosse Practice

A 16 year old client of Clark Law Firm was waiting for her mom to pick her up from school after lacrosse practice when a woman jogging around the track failed to control her dog, allowing it to viciously and unexpectedly bite the young girl on her nose. 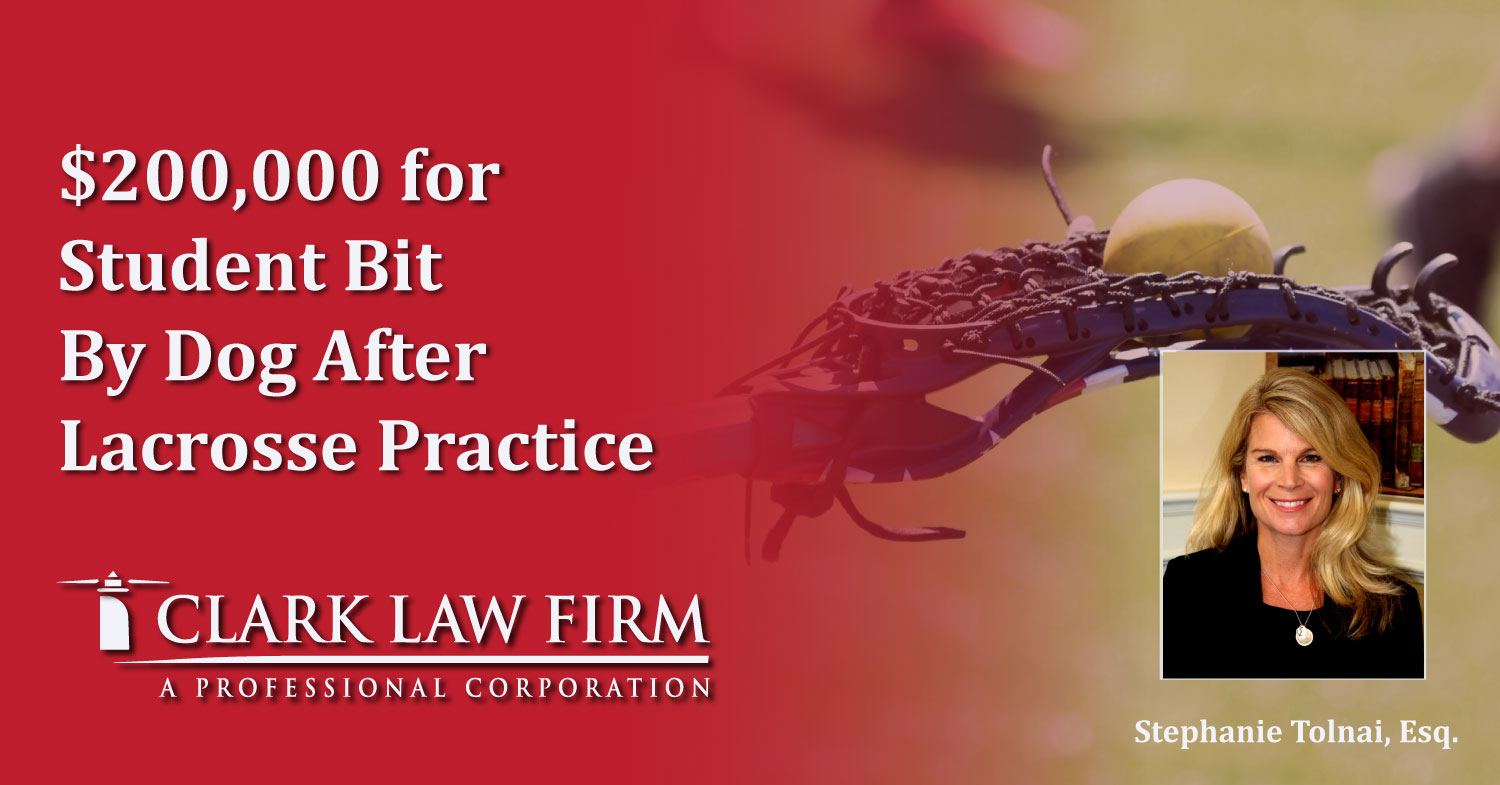 Under N.J.S.A. 4:19-16, commonly known as the Dog Bite Act, the owner of a dog is strictly liable if their dog bites someone as long as it is shown they are the owner of the dog, the dog bit the victim and the bite occurred while victim was either in a public place or lawfully in a private place.

Even though these elements were satisfied, additional discovery was conducted by Clark Law Firm which revealed this particular dog and owner had issues with animal control before.

As a result of the vicious dog bite, the young client presented to the Emergency Room with cuts and bruises on her face and a 3.8 cm scar on the bridge of her nose.  The doctors closed the wound using adhesive. She subsequently went to a plastic surgeon who advised that surgery would be needed in the future if the scar=s visibility did not lessen.

This case settled for $200,000 paid by the dog owner’s homeowner insurance. The client was represented by Stephanie Tolnai, Esq. of the Clark Law Firm, PC in Belmar.