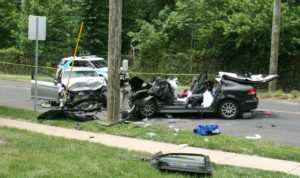 On June 4, 2020 a 23 year old woman from Ewing, New Jersey was involved in a head-on collision. Gabriella Nordgren was involved in a accident at 11:53am with a 5-year-old-passenger in the car. Ewing Township firefighters freed them both from their vehicle and they were transported to Capital Health Regional Medical Center. Nordgen was in critical condition and later succumbed to her injuries. Our thoughts and prayers are with the driver’s family during this difficult time.