Gerald Clark represented the Estate of a gentleman who died after taking a sip of what he thought was wine in a wine bottle, but turned out to be a pesticide.

Eugene Williams was helping out a homeowner that was having a garage sale in Springfield, Union County, New Jersey. Among the items for sale were several old fashioned wine bottles labeled, “Roma’s Pride of the Vineyard.” They did not sell and at the end of the day the homeowner offered them to Mr. Williams. The homeowner invited Mr. Williams to taste the wine and gave him a glass. He took a sip from one of the bottles, immediately spit it out and exclaimed, “that wine is no good.”

Mr. Williams immediately felt ill. He got in his truck, drove home and vomited numerous times during the drive. He laid down on the couch. He told his wife and children “I feel like the world is coming to an end.” His condition deteriorated. He was rushed by ambulance to Muhlenberg Hospital where he later died. 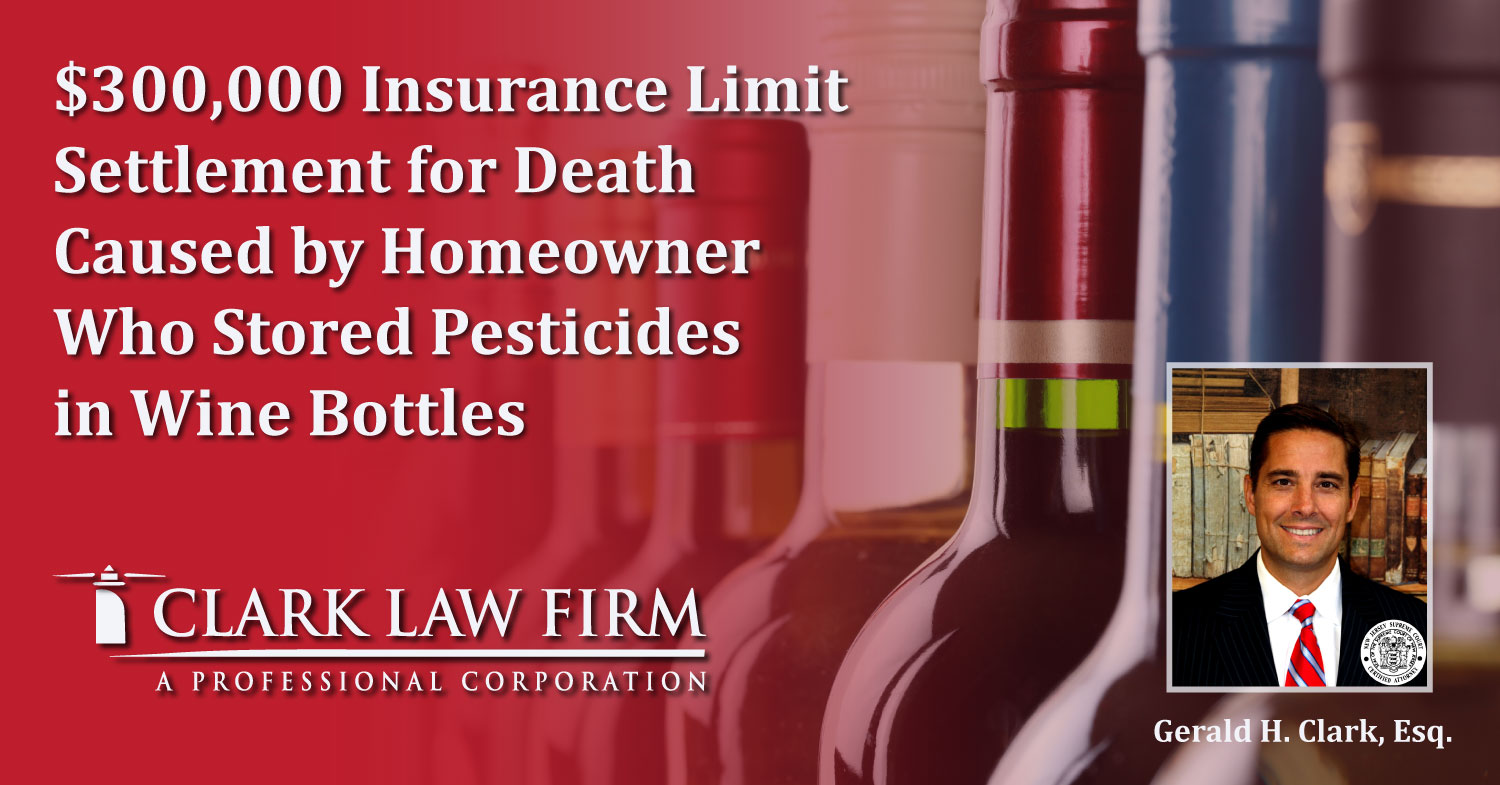 As it turns out, the bottle labeled “Roma’s Pride of the Vineyard” was in fact not wine but was instead a highly toxic and banned pesticide, either Dinoseb or Carbaryl. Eugene Williams died early the next morning from it.

Gerald Clark argued the death of Eugene Williams was the direct result of the homeowner’s violation of N.J.S.A. 13:1F-1 et seg., the Pesticide Control Act of 1971, by storing deadly pesticide in wine bottles.

The attorney for the Estate, Gerald Clark, showed that the Defendant violated New Jersey law, as well as common sense, by keeping dangerous, banned pesticide in these wine bottles. The clear purpose of this law is to prevent the very harm which resulted in this case; i.e., someone ingesting the pesticide thinking it to be the food or drink the container and label says it is.

Clark also argued Williams was not at fault for what happened because there are no facts that he voluntarily and unreasonably encountered the known risk of ingesting a banned pesticide.  The only way Eugene Williams could have know there was pesticide in that bottle was if the homeowner told him. No reasonable person would drink from a wine bottle knowing it was actually pesticide.  These top NJ injury lawyers successfully argued defendants were responsible for the death because of their unsafe handling of pesticides.

The total insurance policy limits available to cover what happened here were recovered for the family, $300,000.

Are you looking for a “personal injury lawyer near me?”  Not all attorneys are the same.  Picking the right one for your case is critical. Not all lawyers get the same results.  It is important to pick an experienced personal injury lawyer with a record of success, especially in difficult cases.  Contact us today for more information.