$435,000 for Client in Head On Collision With Careless Driver

A client of Clark Law Firm, a 29 year old nursing student, was a seat-belted, front seat passenger in a vehicle that was operated by her husband. At that time a careless driver failed to yield to oncoming traffic and made a left turn, thereby causing a head on collision. The other driver was issued a ticket for careless driving.

She was taken to the hospital by ambulance with initial complaints of right knee and neck pain. She was diagnosed with knee contusion and cervical sprain. She later developed lower back/ pelvic pain. An MRI and EEG confirmed she had a L5-S1 disc herniation with radiculopathy. She sought chiropractic treatment and had a few injections in her lower back and sacroiliac area, which provided only moderate relief. Two years after the accident she had a right MIS Sacroiliac Joint Fusion. She was left with a permanent scar from the surgery. 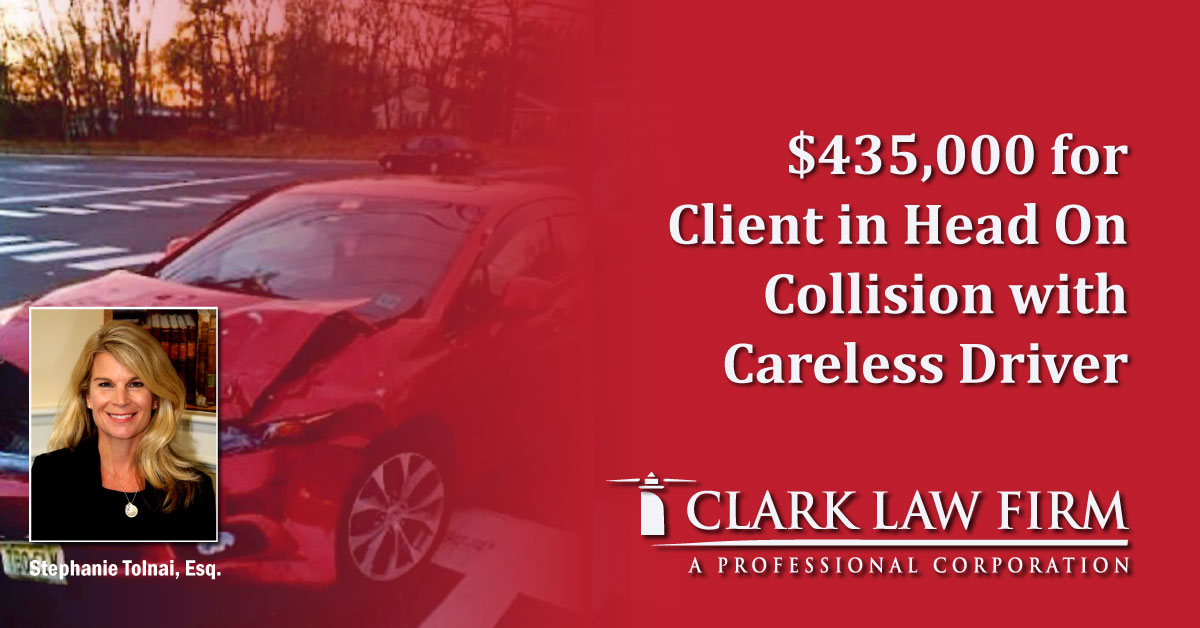 The client missed time as a Patient Care Assistant at the hospital and missed a semester of her nursing school. She incurred an economic loss of $73,554. She also had medical liens of $84,784.90. She may need future surgery.

The careless driver’s insurance company asserted that the Sacroiliac Joint Fusion was not related to their driver=s actions, even though the young client had no prior back or pelvis issues. They attempted to delay the case to wear down Clark Law Firm and the client. However their delay tactics were not successful.

This case settled for $435,000 with the careless driver’s insurance company paying the full amount. The client was represented by Stephanie Tolnai, Esq. of the Clark Law Firm, PC in Belmar.