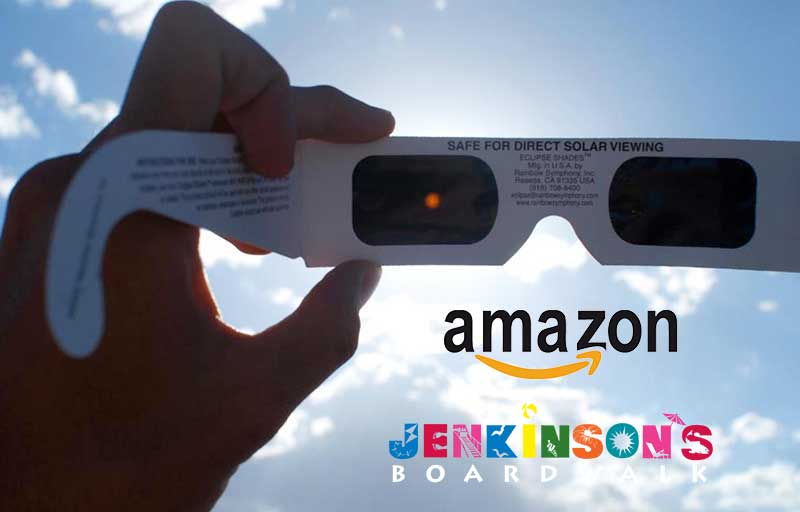 While people around the country were excited to witness the first solar eclipse in decades, recent details have arisen showing that many of the eclipse glasses that were sold and used may have been extremely dangerous and resulted in eye injuries.

Companies that have been in question regarding the sale of unsafe glasses include retail giant Amazon and New Jersey retailer Jenkinson’s Boardwalk. There are claims against Amazon after selling potentially dangerous solar eclipse glasses in preparation for the eclipse on August 21, 2017. Millions of Americans are believed to have purchased eclipse glasses for the rare event. Amazon, which attempted to notify users with a last-ditch email notification outlining the high risk of the glasses, is under scrutiny. Many of the glasses were sold in packs of between three and twenty pairs. It is believed that those that wore the defective solar eclipse glasses were subjected to unreasonable risks of severe eye damage and permanent injury including damage to the retina and macula.

Under the New Jersey Products Liability Act law, a company as the manufacturer, designer or seller of a product has a duty to make, design and sell a product that is reasonably safe. This includes solar eclipse glasses that are supposed to be safe for looking at the sun. A reasonably safe pair of sunglasses is a pair that is reasonably fit, suitable and safe for its intended use of looking at the solar eclipse without damaging your eyes. Jenkinson’s Boardwalk, Amazon and other retailers owe that duty to direct users of the solar eclipse glasses and to reasonably foreseeable users of them. Under the New Jersey Product Liability Act, N.J.S.A. 2A:58C-2, Solar Eclipse glasses that hurt your eyes when you look at the sun as they were intended, would not be reasonably safe for its intended purpose because of a manufacturing defect; or a failure to adequately warn or instruct; or a design defect.

With regard to eye damage from looking at the eclipse, it wouldn’t be until 12 hours later that one would even notice their vision was changing from defective solar eclipse glasses. It might not be until the next day when they realize they can’t see that well. The symptoms could include blurred vision, where the very center of the vision might have a spot, or multiple spots, that were missing in their vision. Around it, there might be some clear spots. It really depends on exactly what happened, and what kind of injury there is at the back of the eye. This kind of vision loss can get better over several months to a year. But about half the time, it is permanent.

This can cause the center of your vision to turn into a grey or black spot, making it hard to focus on things like reading, driving, or even just seeing the people in front of you. The main signs of retinal damage to look out for are visual disturbances, such as blurriness or decreased vision in the center, color distortion, afterimages, blindspots, and vision loss. The only way to know if you’ve damaged your retina is to get examined by an eye doctor. So if you experience any of these symptoms, go get checked out by an eye doctor.

If it turns out you have suffered injury from defective solar eclipse glasses and would like to discuss legal options to try to get a money recovery for the resulting harms and losses, contact the experienced product defect attorneys at the Clark Law Firm, PC.

We take cases on contingency where we get paid out of any recovery. So if we do not obtain a recovery for you, you do not pay any attorney fee.