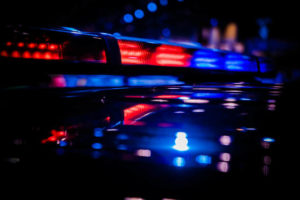 At 6:30 p.m. on March 27, 2020 Patrick Monahan, 38 of Staten Island, who told police he was “out visiting friends” killed three people Friday night, one of which was an eight-month-old baby, in Perth Amboy, according to the acting Middlesex County prosecutor and Perth Amboy police. A search of his 2018 Ram 1500 pick-up truck also revealed suspected controlled dangerous substances, said police, who did not specify what the drugs were.

According to police the drive, Patrick Monahan was driving aggressively, cutting in and out of traffic, said police. He was also recorded driving 40 miles per hour faster than the posted speed limit and then struck a Ford minivan on Convery Boulevard, said Perth Amboy police.

The minivan’s passengers, Maria De Lourdes Aguerra, 47, and Maria Garcia, 44, both of Elizabeth, were pronounced dead at the scene of the crash. An 8-month-old infant in the minivan was airlifted to Robert Wood Johnson University Hospital, but died Saturday.

“Monahan’s alleged conduct occurred in violation of Executive Order 107 issued by the Honorable Governor Philip D. Murphy on March 21, 2020 which restricts non-essential activities in the State of New Jersey,” the release states. “Monahan, a resident of Staten Island, New York informed detectives that he was in New Jersey at the time of the incident to visit friends.”