Is Your Weed Killer Killing You?

Have you ever purchased or used weed killer containing Paraquat?

According to the CDC, Paraquat is a toxic chemical which can cause severe and fatal symptoms if inhaled or swallowed. If you have been in contact with Paraquat and are experiencing pain and/or swelling of the mouth or throat, nausea, vomiting, abdominal pain, or diarrhea immediately dial 9-1-1 and seek medical attention as these may be signs of acute Paraquat poisoning. The CDC also warns that Paraquat can be mixed easily with food, water, or other beverages and people may consume Paraquat-contaminated food without knowledge and fall ill. 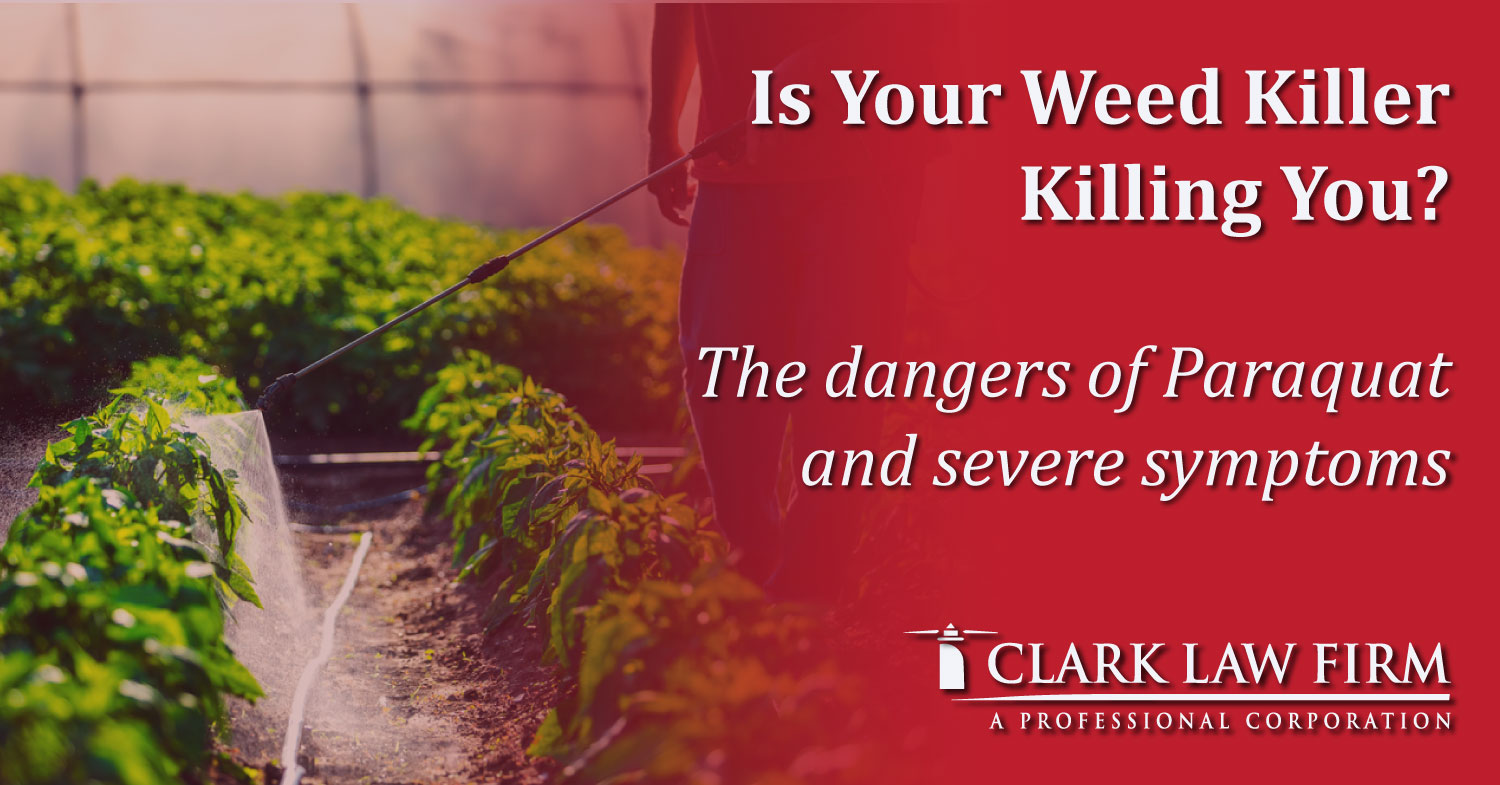 While Paraquat is generally used to control weed and grass growth, only individuals who have been certified to handle Paraquat are given access to the chemical in the United States. Due to its toxic nature, more than 30 countries including nations in the European Union and China have banned its use. Paraquat poisoning is not a common occurrence in the United States but has been reported as a leading cause of fatal poisoning in parts of Asia, the Pacific Islands, and South and Central Americas. One report finds that more than 70% of Paraquat poisoning result in death.

These studies have led to the start of class-action lawsuits being brought for injuries sustained based on Paraquat exposure. Recently, an Iowa farmer has brought suit on behalf of himself and others against the companies Syngenta and Chevron for manufacturing and selling Paraquat in Iowa and throughout the United States.

There are numerous entities in the United States which create or manufacture Paraquat. These include:

Additionally, there are several brand name herbicides and pesticides sold throughout the United States which contain Paraquat, with the majority containing over 40% Paraquat. The following are the most common brand names in the United States:

It has been estimated that each year there is more than 10 million pounds of Paraquat is used on crops which feed American families. Nathan Donley, a senior scientist at the Center for Biological Diversity, warns “it only takes a teaspoon of Paraquat to kill a person.” There has also been the introduction of bills to the House of Representatives to ban the use of Paraquat within the United States.

If you or a loved one developed Parkinson’s disease or became ill after exposure to Paraquat, the personal injury attorneys at Clark Law Firm might be able to help you with your claim. From gathering evidence and building your case to overseeing settlement negotiations and dialogue with the insurer, we can assist at each step of proceedings. To schedule a free consultation, dial 1-877-841-8855 or complete our Online Contact Form.