Lawyer Near Me Recovers $625,000 for Union Laborer Injured on Construction Site

Should I get a Lawyer if I Get Hurt at Work?

Yes, you should.  It is very important in construction accident cases to preserve evidence early on.  The best way to achieve this is to hire the best workers’ comp lawyers in New Jersey.  It is important to hire top lawyers that handle cases for getting hurt at work.

Gerald H. Clark, Esq. settled a construction accident case involving a fractured ankle fall from a ladder on a construction job for $625,000.  A union laborer was working on scaffolding on the construction site of the Circuit City and Bed, Bath and Beyond stores in Eatontown, New Jersey.  At the time of the incident, the worker was constructing a cement block walls for these big box stores. 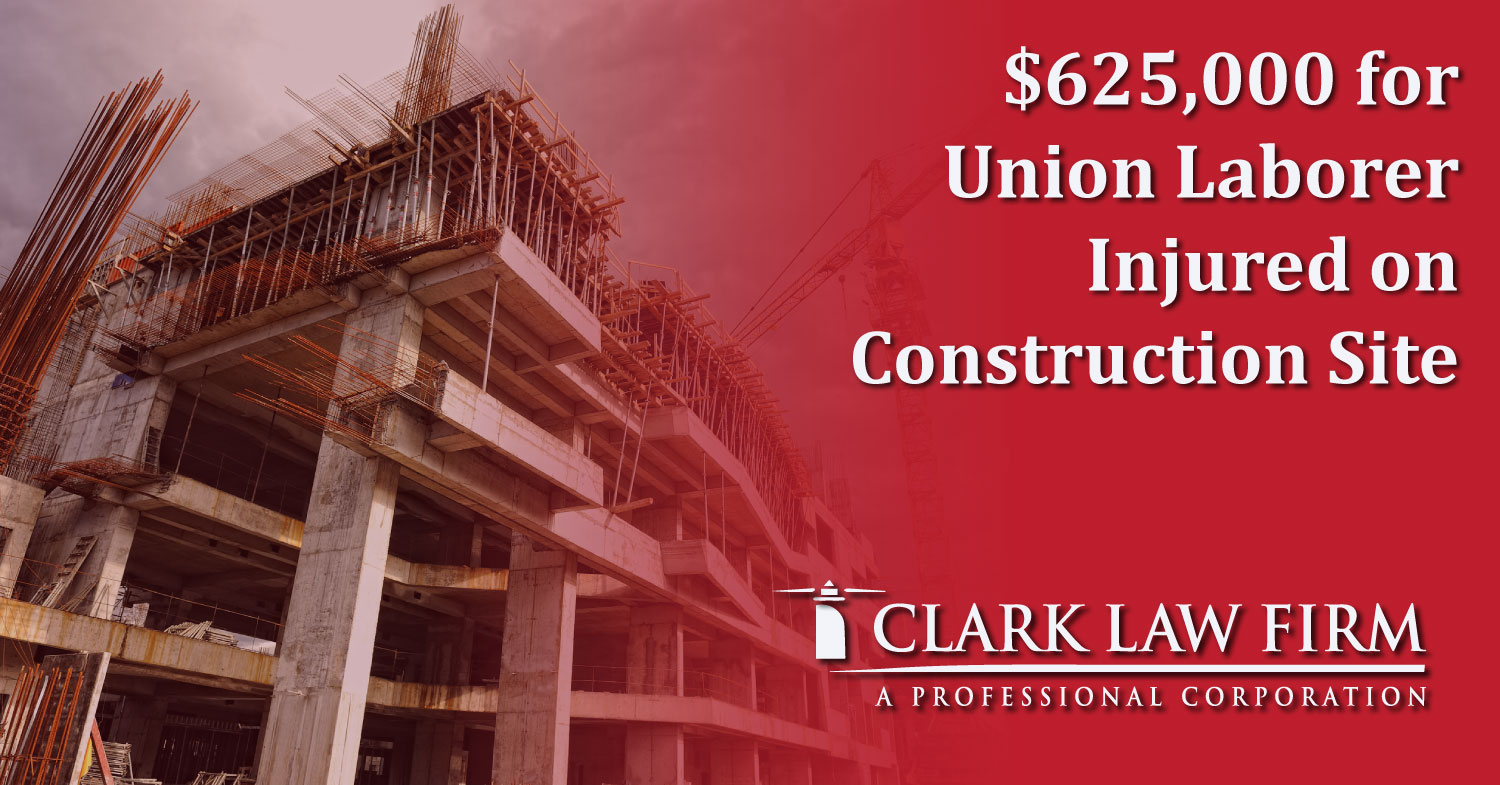 The fall happened when the worker was asked by a mason to retrieve more cement blocks for the wall.  This required him to climb down a ladder that was leaned up against the scaffold.  However, the top of the ladder was not tied to the scaffolding to prevent it from sliding.  As the worker was about one or two rungs down the ladder, the ladder slid to the right.  As the worker, placing into motion a chain of events that has forever changed his life. realized he was going to fall, he looked down and saw exposed rebar in his path and therefore pushed himself away from the ladder, thus saving himself from being impaled on this rebar. He landed twenty-five feet below onto a concrete loading dock surface.  He sustained a broken ankle.

Plaintiff alleged the ladder not being tied off violated numerous codes and standards, including OSHA.  Plaintiff’s liability expert talked about the safety violations and negligence of the general contractor which resulted in the accident and severe injuries to the worker.  Plaintiffs alleged that the general contractor on the job site had a non-delegable and ultimate duty for safety on the job site.

Through a vigorous discovery campaign, Clark was successful in uncovering a critical letter from the general contractor to the plaintiff’s employer which showed the general contractor had specific knowledge of these and other safety hazards but took no steps to stop them.  Their failure to do so violated OSHA as well as their own safety manual.  At the deposition of the job foreman, Clark elicited testimony that ladders were not tied off so frequently on this job site he could not estimate an amount.  The matter settled for $625,000 after a mediation before a retired judge of the Monmouth County Superior Court.

What are my rights as an injured worker?  Should I get a lawyer if I get hurt at work?  Yes, you should, especially if the injury is serious.   Can you sue for injury on the job?  You may be able to depending on the facts of the case.  These are all important questions.  The New Jersey workplace lawyers at the Clark Law Firm are experienced in these cases and can answer all your questions in detail and help you get a recovery.  We get really good results in these cases.  Contact us today.