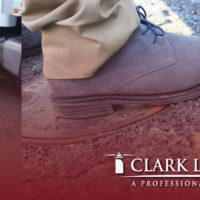 On the afternoon of November 10, 2016 a Clark Law Firm client was making a liquor delivery to a store in a strip mall in Bayville, New Jersey. He parked his truck in the delivery area behind the strip mall. As he stepped out, his foot encountered a pothole-like condition in the pavement, rolled, and he fell down. He sustained a fractured left foot and soft tissue injury in his foot and ankle.

The incident happened in the common area of the strip mall. On September 1, the Clark Law Firm filed a complaint against the strip mall owner. Investigation revealed that settling caused the condition in the pavement after plumbing work was done, causing a depression in the asphalt.

The suit maintained it was a dangerous condition and the owner of the property was responsible for the resulting injuries. An engineer reviewed the situation and wrote a report which found the depression was about nine (9) inches long, approximately twenty (20) inches wide and one and one-quarter (1.25) inches deep. He also concluded it should have been fixed or at least cordoned off with a cone. This was a dangerous condition that violated a Berkeley Township construction ordinance and the BOCA National Property Maintenance Code which require that walkways be maintained free of fall hazards like this. The difference in elevation of asphalt pavement was a recognized fall hazard and unsafe condition along a foreseeable walking path. It violated basic safety rules and posed a danger to anyone who walked in the area. 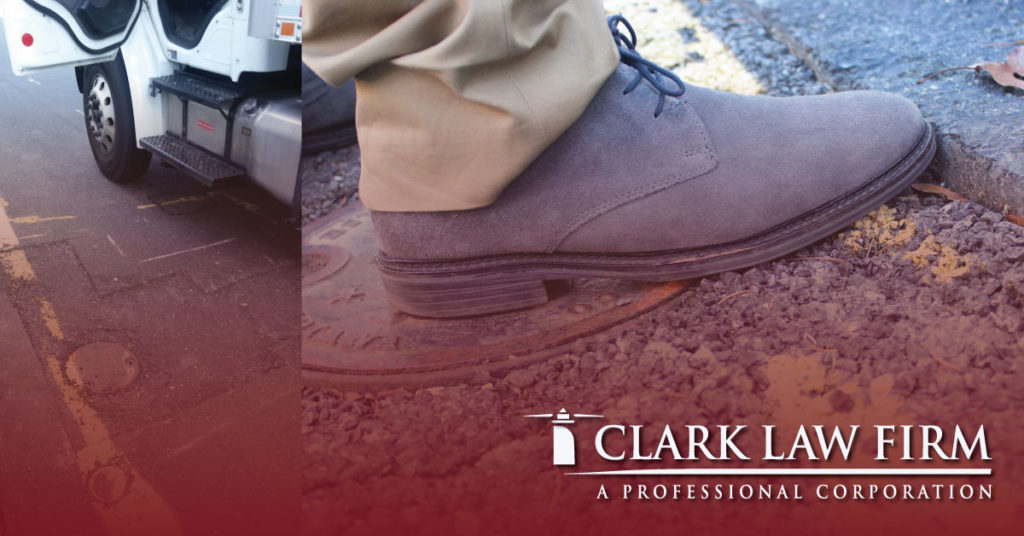 An MRI showed the truck driver sustained a comminuted fracture of the cuboid bone in his foot.  as well as substantial injuries to ligaments his ankle. He underwent two surgeries including a left foot arthroscopy with internal fixation with a metal plate and 5 small screws. He may need future surgery. He incurred $60,000 in medical bills and lost four months of work. His wage loss claim was $30,000. There was a workers compensation insurance lien of $46,000 he had to payback.

The case settled for $445,000 at trial on January 14, 2020 in the Middlesex County Superior Court. Ferreira was represented by Gerald Clark, Esq. and Stephanie Tolnai, Esq. of the Clark Law Firm, PC in Belmar. The settlement was paid by the insurance company for the strip mall owner.  Attorney Clark commented, “We are pleased we were able to obtain a favorable settlement for our client after fighting the insurance company hard for three years. They did everything they could to not pay and only did when they were faced with a jury trial we were fully ready for. This is good for the community too because as a result of our case, we also got them to fix it so the same thing does not happen to someone else.”