An 18-year-old female Monmouth University student was broadsided on Cedar Avenue in West Long Branch by 20-year-old intoxicated male.  She was pinned in her car for over 30 minutes and had to be extracted with the jaws of life.  The other car was speeding and had gone through two red lights.  He had just left a bar on Ocean Avenue in Long Branch where, being underage, he was served five beers and a kamikaze shot.  He subsequently plead guilty in West Long Branch Municipal Court to driving while intoxicated. 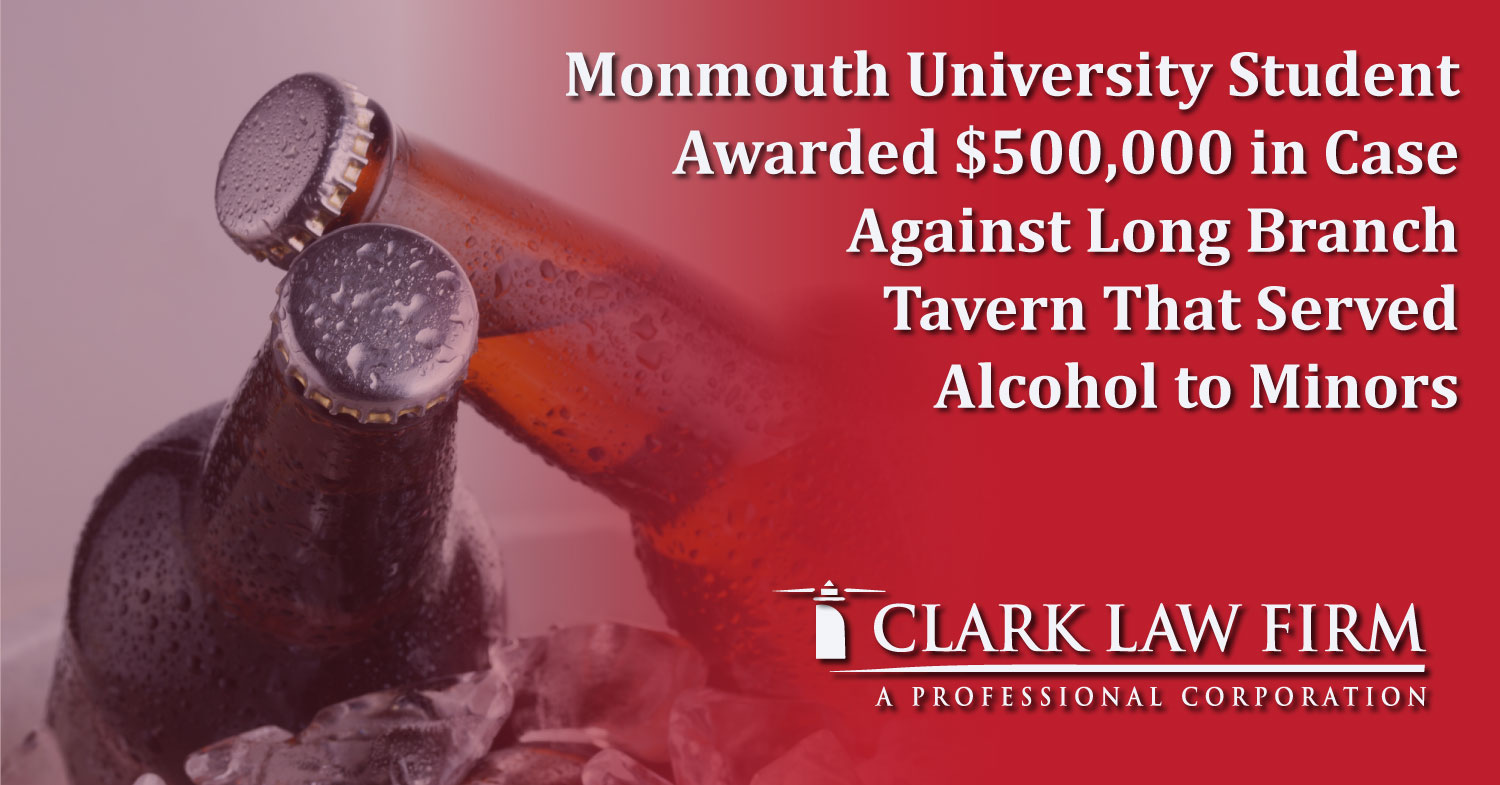 Gerald H. Clark, Esq. an attorney that handles auto accident cases, filed a lawsuit against the driver and bar.  The lawsuit claimed the bar was liable under New Jersey’s dram shop law for serving the driver and other minors.  Testimony of witnesses showed the bar should have known they were serving underage kids.  Clark demonstrated in court that when the driver and his underage companion went to the bar on the night in question, they did not have to wait in line, pay a cover charge or show any identification.

Earlier in the case, Clark settled all claims against the driver for the full amount of his automobile insurance policy limits of $250,000.00.  At a court hearing against the bar, a Monmouth County Superior Court Judge ordered the bar to pay an additional $250,000 for serving alcohol to minors and causing the resulting injures.

People often search for “the best car accident lawyers in New Jersey.”  Lawyers who are not afraid to take cases to court get the best results.  And winning negligence cases like this where bars knowingly serving alcohol to minors is important to for the safety of the public.  It prevents this kind of thing from happening to others.

People want to know when to get an attorney for a car accident.  The answer is, as soon as possible.  The insurance company will immediately take steps to protect their money.  If you have been in an auto accident, contact our experienced New Jersey accident lawyers today.