In the early afternoon of Saturday June 18, 2005, plaintiff was at the home of defendant in Allentown, Pennsylvania for a baby shower for defendant’s daughter.  About an hour after arriving at the party, defendant asked plaintiff to look at his new Chevy SSR “hot rod” pick-up truck.  While the two were sitting in the vehicle admiring its features, without warning defendant decided to gun the truck down a residential street.  He struck a curb at some 46 miles an hour causing the truck to do an in air roll, taking out a large tree.  Later tests revealed defendant’s blood alcohol content was .18, 125% over the legal limit, and he ultimately plead guilty to related charges. 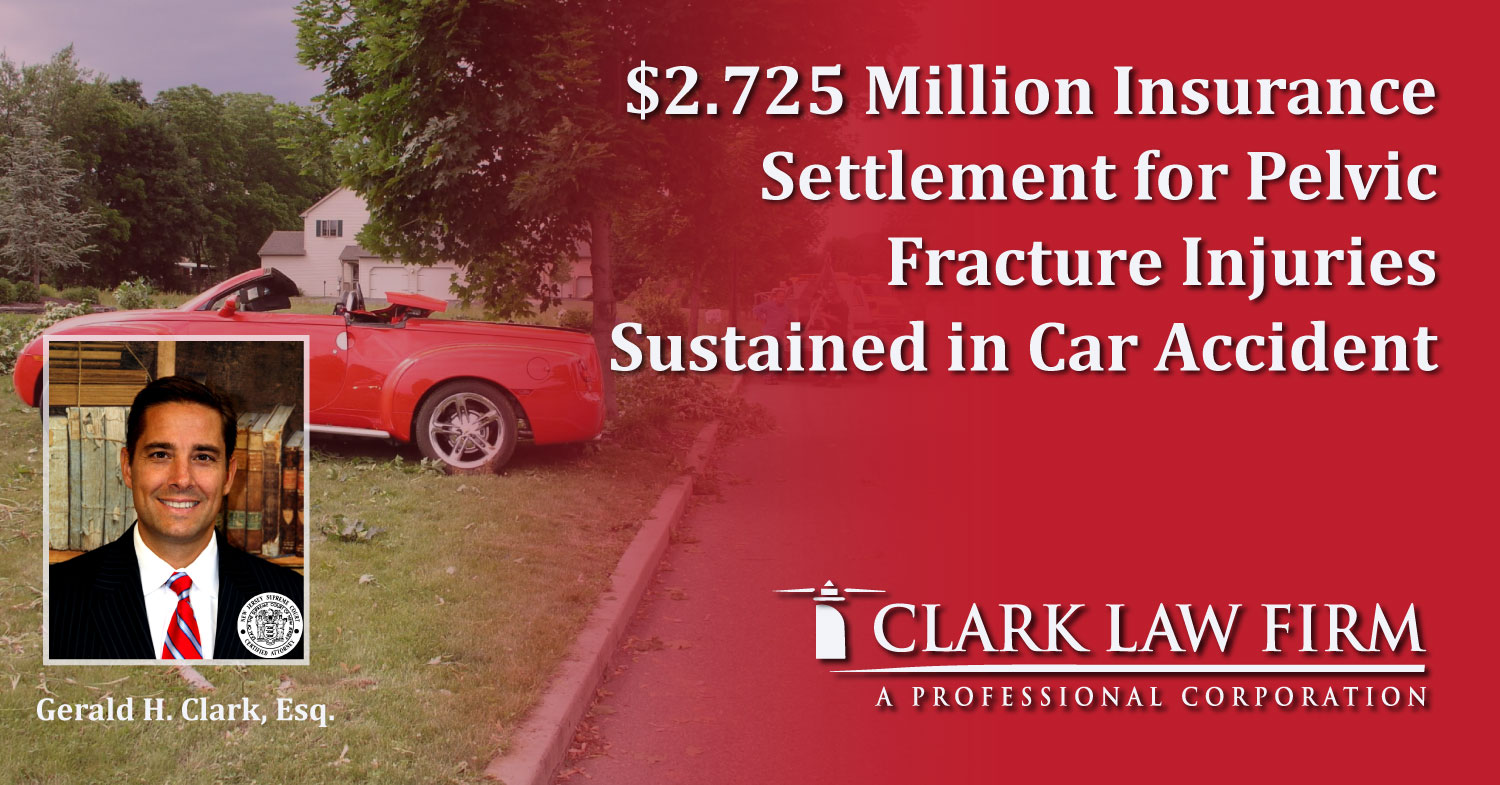 As a result of this accident, plaintiff, 33 years old, married with two children, suffered severe pelvic fractures requiring fixation surgery, a ruptured bladder and a ruptured colon.  Although plaintiff, who works as a vice president at Merrill Lynch, was out of work for a number of months, no lost wage claim was made.

The case was filed in Monmouth County Superior Court, but removed to Federal Court in Trenton.  Defendant also moved to have the case dismissed for lack of personal jurisdiction because defendant lives and works in Pennsylvania, where the crash occurred.  However, plaintiff’s counsel, Gerald H. Clark principal of the Clark Law Firm, PC, was successful in maintaining jurisdiction based personal service within the jurisdiction.  Clark was also successful in maintaining a punitive damages claim in the case related to the drunken driving aspect and severe crash.

Defendants suggested that plaintiff’s injuries were not as severe as presented, that plaintiff knowingly got in a car with an intoxicated driver and pointed out that plaintiff was not wearing a seatbelt.  Mr. Clark countered that the injuries were debilitating and life-changing.  Counsel also commented that the seatbelt defense is unavailable under Pennsylvania law and in any event, defendants had no expert to say the injuries would have been less had plaintiff been wearing a seatbelt.  Clark added, “Our client would have had no reason to know defendant was so intoxicated at his daughter’s Saturday afternoon baby shower.”

A settlement was reached on January 18, 2007, only a year and a half after the accident. Gerald H. Clark earned plaintiff a settlement in the amount of $2.625M to be paid by defendant’s insurance carrier. Gerald H. Clark also earned a settlement that defendant in an individual capacity pay $100,000 directly to plaintiff on the punitive damages claim. Plaintiff therefore recovered $2.725M total.

Sending a message that friends should not be allowed to carelessly endanger friends, Gerald H. Clark obtained plaintiff a settlement that stands for the proposition that those placing others in the community at risk must be held accountable for their actions.