$1.265 Million Recovery for Mason Worker Who Fell on Rebar Mat

Moises Pinho was a mason foreman for his employer, Mr Concrete Corporation.  On December 20, 2013, he was working on a large seven story condo complex tower in Hackensack, N.J. known as Meridia Metro Hackensack.  His workers had installed a rebar mat form for the concrete floor at the second level.  As Pinho was walking across the mat to take a measurement, he slipped and fell onto the mat, injuring his back.

The owner/developer of the project was Capodaghli Property Company.  The general contractor was Meridia Metro Hackensack, LLC.  Plaintiff Moises Pinho filed a complaint in Middlesex County Superior Court on November 13, 2015 (MON-L-6808-15) alleging the owner/developer and general contractor failed to enforce OSHA and construction industry safety standards on the project and maintained an unsafe work site.  Discovery revealed the general contractor had no safety meetings, no safety rules or safety manual, and no worker accident prevention measures were in place on this $30 million project.  Pinho alleged the rebar should have contained a plywood walking path so workers did not have to walk directly on the rebar mat. 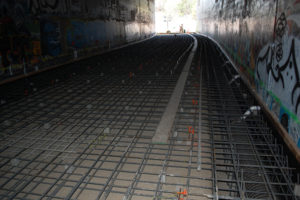 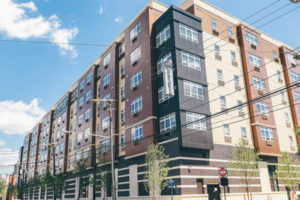