What Happens to a Dog that Attacks in New Jersey?

According to New Jersey’s Vicious and Potentially Dangerous Dog Act, after a dog attacks, typically, a town’s animal control officer will seize the dog and impound it at an animal shelter (at times, towns may share Animal Control Services with other towns through Shared Services Agreements).  The animal control officer will then notify the municipal court and the town’s health officer about the seizure of the dog.  The animal control officer will attempt to locate the dog owner; if its owner cannot be located within 7 days, the dog may be euthanized.  If located, the dog owner is given the option to have the dog euthanized or have a court hearing wherein the dog may be determined to be “vicious” or “potentially dangerous.”

If the dog owner decides to have a hearing, the municipal court judge will declare that a dog is “vicious” if it finds that the unprovoked dog killed someone or caused them serious bodily injury.  In that case, the judge may order the dog owner to comply with certain requirements to protect the public or may order that the dog be euthanized. 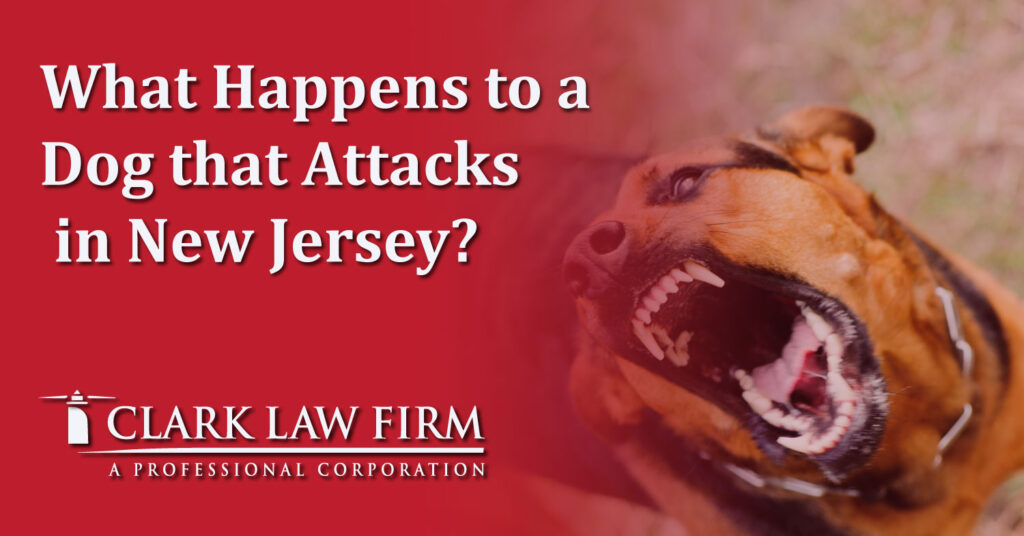 While not required by statute, it is the practice of some towns to require the dog owner to pay restitution (veterinary and/or medical bills) before the dog is released from the animal shelter.

To learn more about dog bites and attacks, contact us today.

*This is not meant as legal advice.  All cases are different, therefore it is strongly recommended that you consult an attorney before making any decisions or signing any paperwork.