Attorneys Gerald Clark and Lazaro Berenguer of the Clark Law Firm with offices in Belmar, Newark and Rutherford recovered $3 million for a member of a plaster union who was hurt at work.  The law firm’s client stepped in a covered hole while working at the Meadowlands Racetrack and hurt his shoulder.  Washington Munoz was working for a plastering contractor on the project which involved the construction of a new grandstand facility at the track.  He was on the roof walking toward a wall he was assigned to resurface.  He stepped on a spongy part of the roof and stumbled down.  He was carrying a bucket of materials and his tool belt was slung down his arm.  When he stumbled, his tool belt slid down and hurt his shoulder.  He also hurt his spine.  He was a member of the Operative Plasterers’ and Cement Masons’ International Association, Local 29.  He required surgery and was not able to work in construction again. 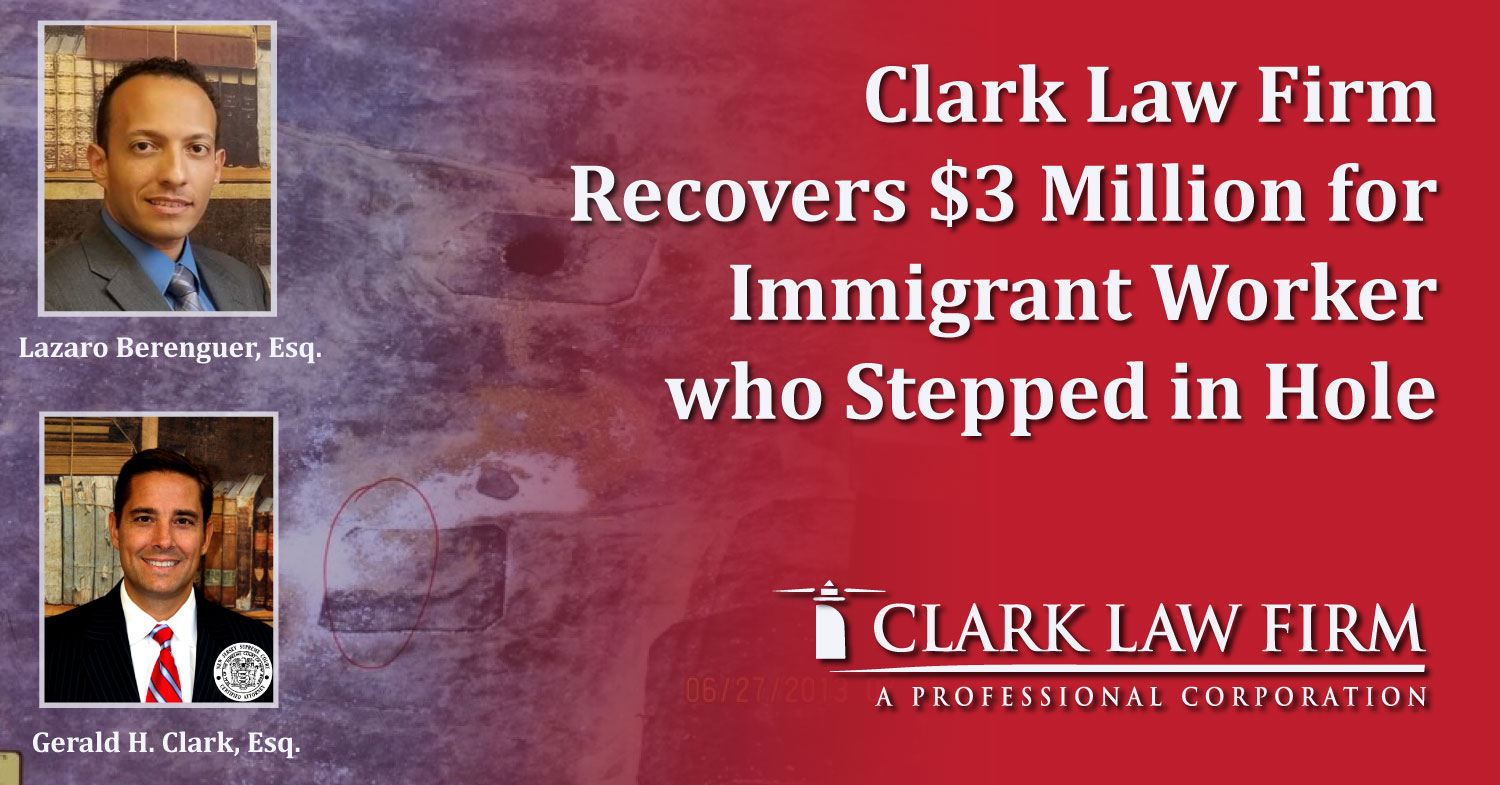 The lawsuit claimed the general contractor and roofing subcontractor defendants knew there was a hole under the rubber roof.  They should have protected against it with plywood or a barrier to prevent workers and others from stepping into it.  The lawyers for the worker argued the hidden hole where workers walk was dangerous and a violation of OSHA and other work safety standards.  Under the law, the general contractor on a project and each level of subcontractor, has a duty to enforce industry safety standards and OSHA safety rules.

The lawyers for the defendants tried to blame the worker for his own injury.  They also tried to claim he was a liar, cheat and fraud who was not hurt as he said and was exaggerating his injuries.   The Clark Law Firm is very experienced in cases like this and represents many worker hurt at work.  They are familiar with the tactics defendants use in cases like this.  Clark Law Firm has recovered millions of dollars from insurance companies for deserving workers injured because of needless safety violations like this.

In this case attorneys from the Clark Law Firm fought the case hard.  Gerald Clark and Lazaro Berenguer achieved a $2.8 million jury verdict in Middlesex County, New Jersey.  The defendants appealed and the Clark Law Firm continued the fight and won the appeal.  They ultimately recovered over $3 million for their client.*

If you only pursue a workers compensation case, you could be leaving hundreds of thousands or millions of dollars on the table.  If you have been hurt at work, consult an attorney that specializes in construction injury lawsuits.  It is very important.  We can meet you at your home, hospital room, any of our offices or on Zoom.  Contact the Clark Law Firm today if you have been hurt at work.  You do not pay a fee if there is no recovery.

*Past performance is no guarantee of future results. Results may vary depending on your particular facts and legal circumstances.