A Clark Law Firm Client, age 46, was driving her car when another vehicle carelessly proceeded through the intersection and struck her driver’s side causing her car to spin and land in a nearby yard. She was taken to the hospital by ambulance with pain to her neck, back and right arm pain as well as dizziness and nausea. 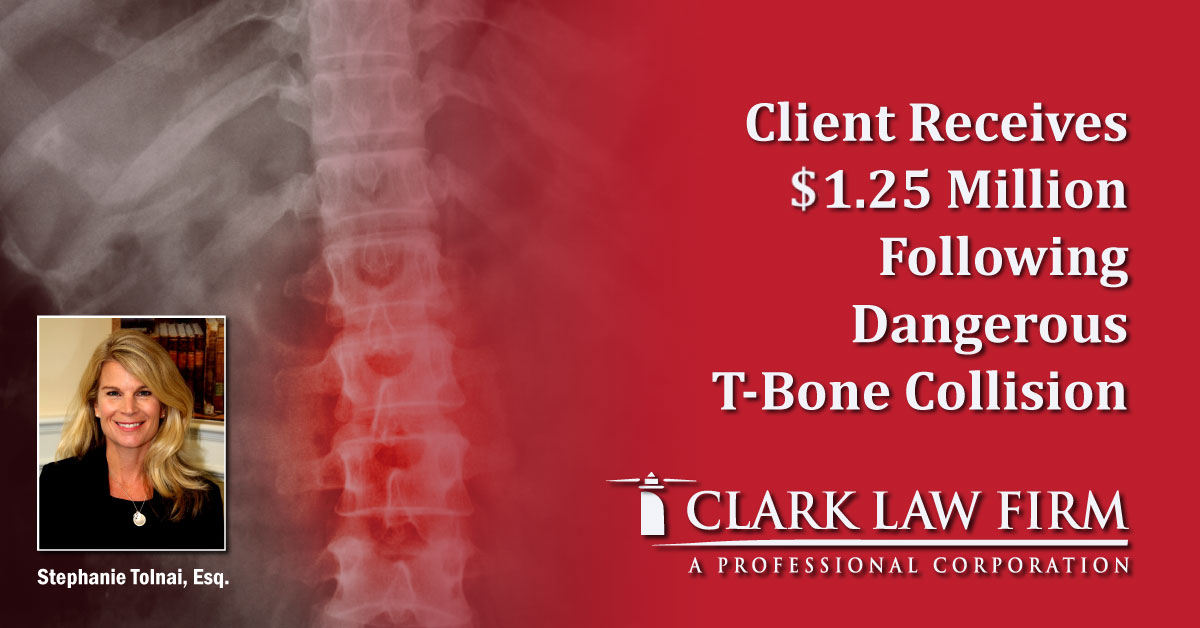 Months of conservative treatment to her neck was not helpful so she was compelled to undergo a two level cervical fusion. Although she had back issues which preexisted the crash, they were exacerbated and accelerated the need for a lumbar spinal fusion. The client’s psychological well-being was also negatively impacted due to the unexpected automobile crash and she subsequently experienced anxiety when driving. The client missed time from work as a 911 operator due to the two surgeries and had a lost wage claim of $56,344.

The careless driver’s insurance company continued to assert for years of litigation that our client was really not that injured.

This case settled for $1,250,000. The careless driver’s insurance company paid the full amount of their $250,000 liability limit plus a $1,000,000 umbrella policy. The client was represented by Stephanie Tolnai, Esq. of the Clark Law Firm, PC in Belmar.