This was a construction project wrongful death personal injury case.  The project was the construction of a palatial banquet hall facility in Pompton Plains, New Jersey known as The Castle.  The owner and developer of the project was ABN Realty Company, LLC (“ABN”).  ABN hired several subcontractors on the job to perform the actual work of constructing the facility.  One such contractor was GK Brothers Construction, LLC (“GK”).

GK was hired to install copper finial ornaments at the top of several points on the building as high as 50 feet.  Neither GK nor ABN had any plan to safely perform the work at heights.  ABN had a large industrial Catapillar forklift on the project which it permitted GK to use to do the work. 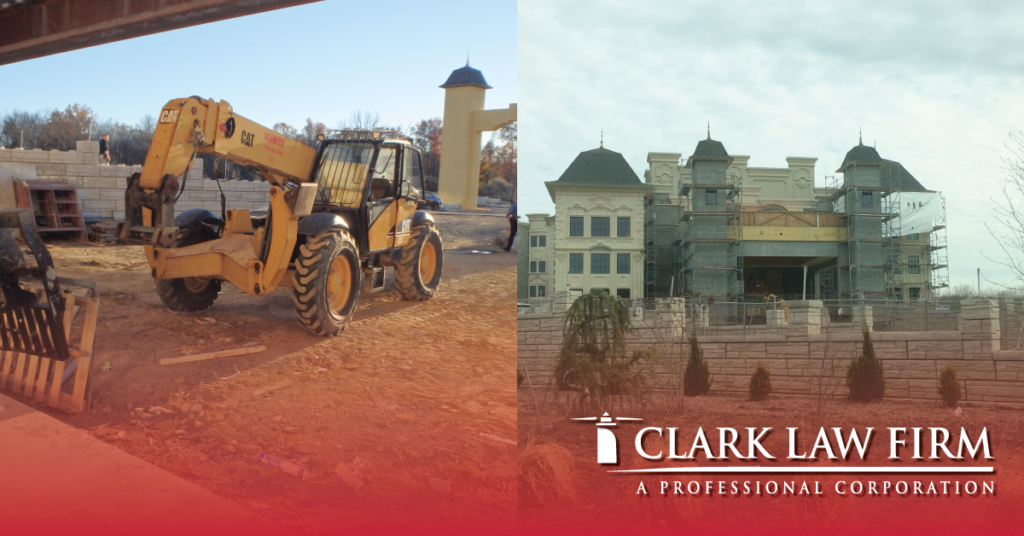 On November 18, 2016, the owner of GK put a wood pallet on the forks and directed two employees to stand on it and be raised up to install the finials.  For several hours the workers were in plain view as high as 50 feet doing this work.  They had no harness nor other fall protection.  The owner of ABN Realty watched on with the approval of this dangerous method.

Toward the end of the workday, a 21-year-old employee was directed to stand on the pallet to be lifted up to retrieve a ladder on a roof where one of the finials was installed.  As he was being brought down, the forks detached from the forklift causing the worker to fall about 20 feet down.  He had no fall protection and no safety training.  He sustained blunt force injuries and died minutes later.

In August, 2018, Gerald Clark, Esq. of the Clark Law Firm, PC of Belmar, N.J. filed a wrongful death lawsuit on behalf of the Estate of the deceased worker.  The case maintained that both the owner/developer (ABN Realty) and the subcontractor (GK Brothers Construction) were negligent and caused the death of the worker.  As the developer and contractor, both ABN and GK had a joint, non-delegable responsibility to maintain a safe work site and make sure all contractors on the job followed OSHA and other industry safety standards.

The suit maintained that basic safety rules were disregarded to speed up the work.  All workers exposed to fall hazards six feet or more have to be protected from falls with a harness and lanyard or other protection.  Directing workers on a platform on a forklift is dangerous and against basic safety rules.  Neither the driver of the forklift nor any of the workers had any safety training.

In 2019 the Clark Law Firm achieved a $2 million settlement for the Estate of the worker after a hard-fought litigation by Gerald Clark, Esq. and Lazaro Berenguer, Esq.  The settlement was paid by insurance companies for the contractors. Clark Law Firm fights for our clients that are injured during construction accidents in New Jersey.