A 25 year old Clark Law Firm client was lawfully walking within the crosswalk in North Bergen when an auto parts delivery driver made a left turn striking him and causing him to roll onto the hood of the vehicle, shattering the windshield, and being thrown on the ground.  The driver admitted observing a pedestrian in the crosswalk before the impact but said there were some pedestrians, yes, that were going to cross, but because I’m in a car, I can come faster before them. The driver was issued a summons for failing to yield to a pedestrian in a crosswalk.

The insurance company for the Auto Parts store attempted to deny their employee was in the course of his employment at the time of the incident. They even went so far as to submit questionable time cards showing the driver was “signed out” by the owner of the auto parts store at 3 pm, an hour before the incident. This even though the driver himself said he was working at the time he hit the young man and said he did not authorize anyone to “sign him out”. The auto parts store could not offer any time cards, other than the one signed by the store owner, that showed that in the two years before the incident the driver ever stopped working before 5:30 pm. 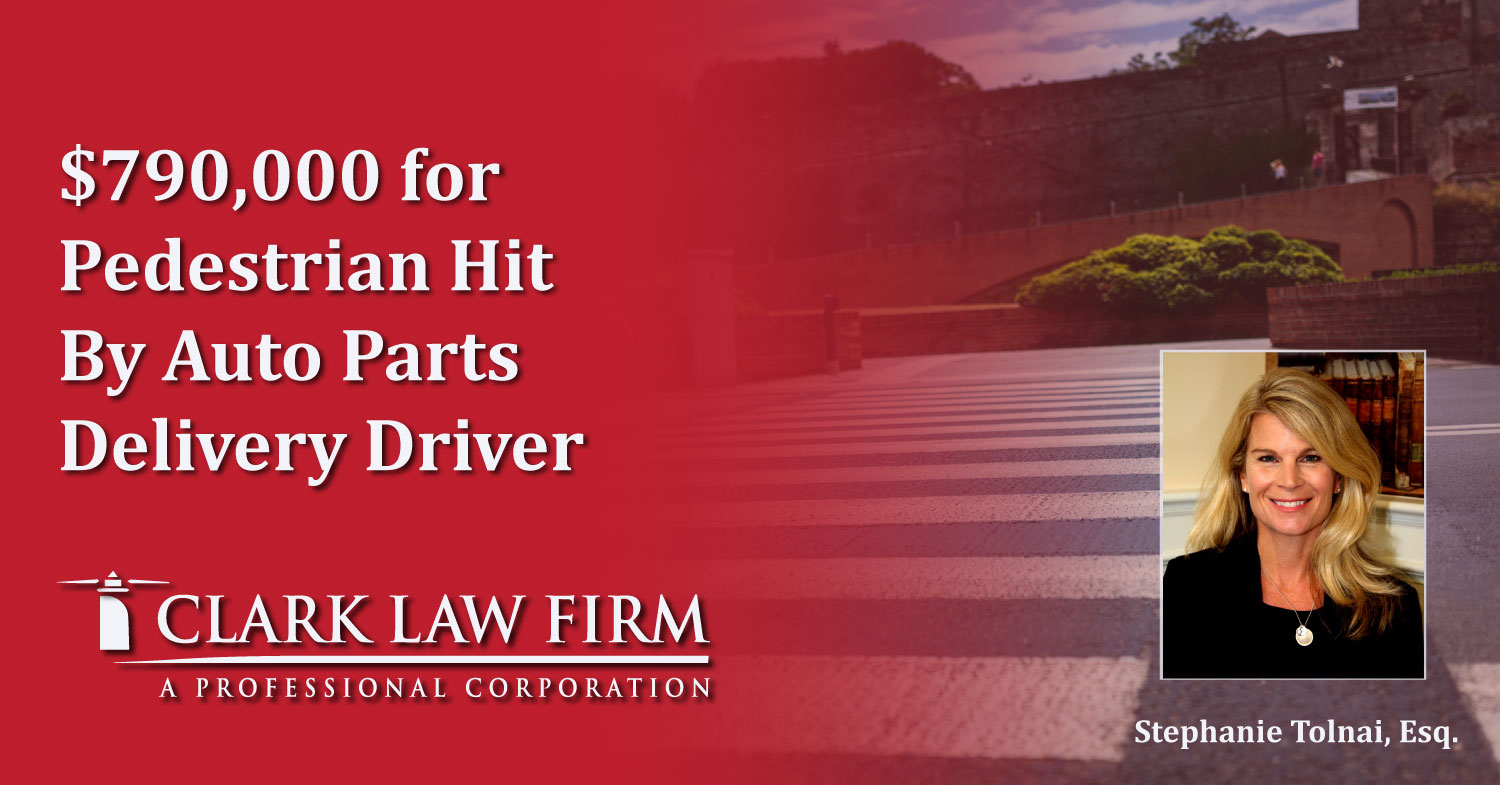 The client suffered neck, back and shoulder pain from being hit and thrown in the air. An MRI showed the client sustained cervical and lumbar disc herniation and bulges from being hit by the car. He underwent cervical and lumbar injections with minimal relief. He therefore had a lumbar fusion and decompression surgery. An expert psychologist opined that the client also suffered from post traumatic stress disorder and anxiety from being hit by the car and that future psychological treatment may be needed. The client was unable to return to his job as a cock pit baggage handler and was forced to seek lower paying temp jobs to pay his bills.

It took years of digging and discovery by the Clark Law Firm to learn the real truth and put their client in a favorable position to obtain coverage from the insurance company for the Auto Parts store.

The case settled during Mediation for $790,000 with the driver paying his whole $15,000 policy and the Auto Parts store paying $775,000. The client was represented by Stephanie Tolnai, Esq. of the Clark Law Firm, PC in Belmar.