Injured While Not Wearing a Seat Belt – Can You Still Sue? 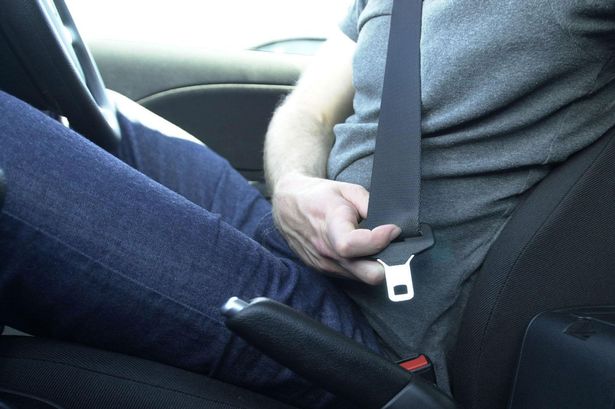 The short answer: Yes, you can still sue.

The long answer: the amount of money that you can recover from your injuries may be reduced if you were not wearing your seat belt, depending on what state you were in when the accident occurred. If you were in New Jersey, which is a state that requires all adults to wear seat belts while traveling in a motor vehicle, there is a chance that you will recover a smaller amount in damages than you otherwise would have.

Once you bring forth a suit, the defendant and the insurance company will both attempt to pay as little as possible in damages. The various ways that they can try to pay as little as possible will largely depend on the laws of the state that you were injured in. One way in which they will do this is by stating that since you were not wearing a seatbelt when the accident occurred, you are partially at fault for the injuries you sustained. This is a legal principle called comparative negligence, and can be used to reduce compensation paid to you. For example, a judge might determine that the other party involved in the accident was 90% at fault, and you were 10% at fault because you were not wearing your seatbelt. If the court determines that the money owed to you for your injuries is $10,000, that award will be reduced by 10% because that is the percentage for which you are at fault and you will only receive $9,000 in damages. Comparative fault is determined on a case by case basis, and in determining this, the court will take into account any and all relevant factors regarding the accident. There are no specific guidelines for the determination of this, but it does include whether or not the injured party was wearing a seatbelt.

New Jersey courts have ruled that a passenger’s failure to wear a seatbelt while riding in a vehicle is negligent behavior. This means that the passenger was lawfully required to exercise some duty of care to protect themselves while riding in that vehicle, and that duty of care included the use of a seatbelt. Because the passenger who was not wearing a seatbelt was not acting as an ordinary person in this situation would, they are considered negligent in failing to wear the seatbelt.

A recent example of this was the car accident between a Wal-Mart truck and 30 Rock actor Tracy Morgan. After a very serious car accident involving six vehicles on the New Jersey Turnpike, the actor and several other injured people sued Wal-Mart for negligence, since the driver of the truck had been overly fatigued before the time of the crash and he was largely responsible for the accident. As one of its defenses, Walmart asserted that the actor’s injuries were caused by failure to wear seatbelts, as required by law.  Walmart asserted that this was a failure to exercise reasonable, ordinary care in using the available seatbelts, and that the injured passengers blatantly disregarded their own best interests and failed to mitigate any potential injuries when they did not use the seatbelt.

Comparative negligence will be determined on a case by case basis, as there are a variety of different factors including severity of injuries and the specific type of accident that go into determining how much money should be awarded.  Comparative negligence can also vary depending on the state you were in when the accident occurred. It is important to note that in New Jersey, an injured victim may not recover if it is determined that their negligence is more than 50% responsible for the incident causing the injury. If it is determined that not wearing a seatbelt was more than 50% responsible for the injuries, then you will be unable to recover any damages to compensate for your injuries.

If you or a loved one was injured in a car accident while not wearing a seatbelt, please do not hesitate to contact our New Jersey Lawyers for personal injuries at the Clark Law Firm, P.C. Our attorneys are skilled at handling cases involving car accidents of all kinds, and can assist in recovering compensation to cover losses incurred due to the accident. Our zealous advocacy could help you recover medical expenses, lost wages, and car repairs, even if you were not wearing your seatbelt at the time of the accident. Please do not hesitate to contact us for a consultation.