Attorneys Gerald Clark and Lazaro Berenguer of the Clark Law Firm recovered $1.275 million for a rough carpentry worker who fell off a ladder on a residential construction project in Fort Lee, New Jersey. The Clark Law Firm client worked for a framing contractor on the project. His job was to install plywood sheathing on the side of this house standing on a ladder. That is, he climbed a ladder while holding the plywood and then put it against the two by four studs and nailed it in place. That was an accepted practice by the general contractor and framing subcontractors on the project.

At some point while installing plywood he lost his balance and fell from the ladder 25 feet to the ground. He sustained serious injuries and lost substantial time from work. 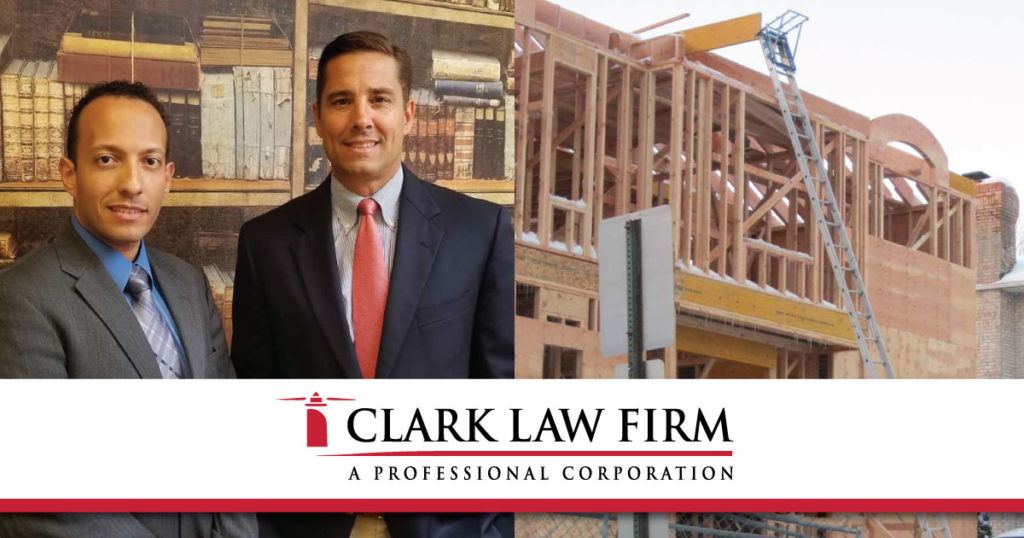 Attorneys from the Clark Law Firm fought the insurance companies who were representing the responsible contractors. The defendants and their insurance companies tried to blame the worker for the incident. However, Clark Law Firm was successful in showing the worker had no meaningful choice in the matter. He had to work as directed or risk losing his job. He was provided no safety training or fall protection. He was expected to complete the work in the dangerous manner he did. Instead he should have been provided scaffolding or a lift with fall protection.

The Clark Law Firm did an extensive investigation and proved the worker was exposed to a fall hazard and he should be allowed to recover. The risk of falling was increased because he was required to work from a ladder while carrying and manipulating sheets of plywood. This is extremely dangerous. While climbing, he is not able to maintain three point contact with the ladder. In this case, the customary practice was for workers to carry plywood sheets up the ladder and then try to install them with a nail gun. That is, they had to work with two hands removed from the ladder side rails. The law firm also showed the workers had no safety training and basic safety rules were not enforced on the project.

Attorneys from the Clark Law Firm fought the case in court for several years. They achieved a substantial settlement at trial of $1.275 million in 2019.

If you or someone you know has been injured, contact the Clark Law Firm today. They have been successfully representing construction workers for years, with millions of dollars in justified recoveries.